Every society has its dark, mysterious underbelly, and the internet is no different. Far below the Googles and the Facebooks and the Ebays, and buried even below the forgotten Myspaces and the password-protected email inboxes and cloud storage drives, is an underground internet that can only be accessed using special tools. What is the dark web, how does one get there, and should you ever take that risk? 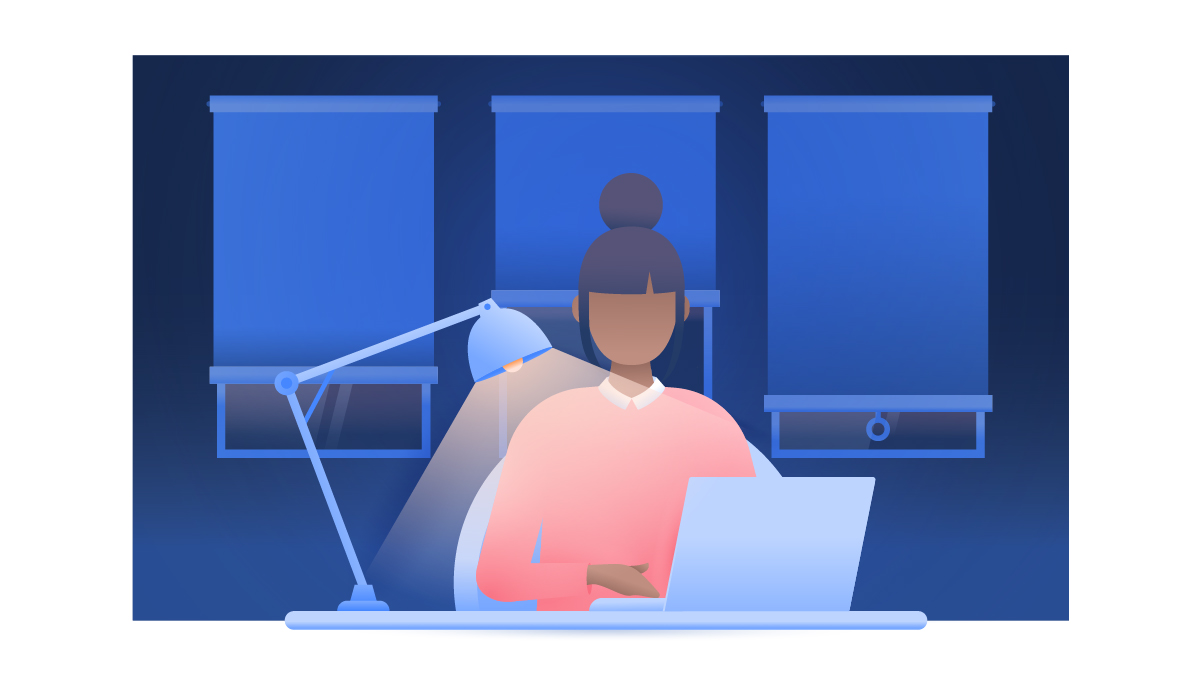 The dark web is the small section of the internet that consists of websites that hide their IP addresses from the internet. They require special programs or technologies to access that will often hide the visitors' IP addresses from the website as well. Accessing them without these special tools is impossible. All dark web sites are hosted through the dark net and nearly all traffic is encrypted.

What is the dark web used for?

The dark web is a mixed bag. Though it has many legitimate uses, it can also be used for more nefarious or illegal purposes.

Some of the things you’ll find on the dark web include:

Unfortunately, the promise of encrypted online activity opens up avenues for illegal activity. Here are some of the illegal activities criminals get up to on the dark web:

So is the dark web illegal? In most countries, it isn't. It can be used in legal or illegal ways, just like the regular internet – it simply depends on who's using it and what they're doing with it.

The terms dark web and deep web are often used interchangeably, and wrongly so. The confusion between the two can be attributed to their overlapping definitions. But, despite some of those overlaps, they refer to two different areas of the internet.

The deep web is all content online that isn’t indexed by standard search engines like Bing or Google. If you simply use Google to search for deep web content, you’ll get no results. Most of this deep web information is uninteresting and consists of data that is hidden behind a password or paywall. Some engines, like Dogpile, will even show deep web search results, but most of these types of engines have been acquired by bigger entities and are shut down or are defunct.

The dark web is generally a subset of the deep web. Dark web sites aren't indexed by ordinary search engines either because they require special tools to access.

Who created the dark web?

The origins of the dark web started in the form of a student’s final project at the University of Edinburgh. The original intent was to create a decentralized peer-to-peer file-sharing program. Created by Ian Clarke in 1999, the project soon evolved to become Freenet — a platform of free speech online. Users could discuss, share, and publish information anonymously and completely free of censorship.

Freenet’s release to the public in 2000 helped to bring attention and demand for a way to stay anonymous online. This demand helped invigorate the creators of perhaps the most notorious dark web program available – Tor, which was released to the public in 2002.

Similarly to Freenet, Tor’s creators wanted to build a platform that allowed anonymous interaction and file sharing online. Tor even specifically catered to those living in oppressive governments who wanted to share their experiences with others without fear of repercussions.

Everything changed in 2008 when Tor released a browser version of their online encryption software. Easier dark web access, coupled with the advent of bitcoin and cryptocurrency in 2009, induced the darker reputation that Tor and the dark web are known for today. A tool to anonymously sell illicit goods online and an encrypted method of payment turned out to be irresistible opportunities for tech-savvy criminals.

How dangerous is the dark web?

Use at your own risk. Because the dark web shields the identities of both users and website owners, there is little accountability. If a user or website you trust turns out to be malevolent and attacks you, there won't be much that can help you. On the other hand, it can be safer for whistleblowers, journalists or dissidents whose communications are being monitored by governments or other organizations. It depends on who you are, what you're doing, and how tech-savvy you are. Our general recommendation is to steer clear of it.

We do not recommend accessing the dark web unless absolutely necessary.

Access to the dark web requires a specific browser. Tor is the most popular tool. It works like a regular web browser but is much slower because of its multiple layers of encryption. If you’re trying to figure out how to search the dark web, you will also need a dark web search engine, like DuckDuckGo. DuckDuckGo is the go-to search engine for dark web users because it is one of the only engines that index .onion websites – the domain name suffix of all Tor sites. Otherwise, you'll only be able to navigate to sites if you know their actual address ahead of time.

Be aware that, since 2008 when access to the Tor browser was made available to everyone, there has been a noticeable growth in criminal behaviour on the dark web. This, in turn, has led to the negative reputation that plagues Tor and everything dark web.

The name appears alongside most mentions of the dark web, but how exactly does it work? Tor (The Onion Router) was originally created by the US government as a tool for different military organizations to exchange messages and information anonymously.

The name of the software comes from the method it uses to encrypt messages. Tor wraps data in different layers of encryption (like an onion) and sends it through a network of ‘Onion Routers.' Each router the data passes through sheds away a layer of encryption and sends the partially decrypted message to the next destination. The process repeats until the message arrives at its intended destination. While this technique keeps the Dark Web operations anonymous, it considerably slows down performance.

Why do people search for the dark web?

There are different reasons why people search for the dark web. As per the research conducted by NordVPN, 49% of all the Google search queries attributed to the dark web are simply trying to find ways to access it, while 50.2% of searchers are just trying to understand what the dark web is.

Just around 0.5% of queries (around 700 per month) are trying to check whether their personal data is for sale. And all these come from the US. A tiny 0.3% of searches coming from the UK and the US aim at acquiring illegal substances.

Half of Americans, Canadians and Britons just try to find out what is dark web in general. India has an even higher percentage of such users (64.6%). In Brazil, 74.5% of users try to find out how to access the dark web.

Is it illegal to be on the deep web and dark web?

The deep web is not illegal. Indeed, using the conventional legal internet would be difficult without it. Pages like email inboxes and account management pages are all part of the deep web. Other deep web data is mostly irrelevant background data.

It is not illegal to be on the dark web. After all, it’s only meant to provide anonymity, and that isn’t illegal in most regions. However, its reputation for facilitating illegal activities may raise eyebrows, which is why it's often a better idea to steer clear.

Resorting to the dark web is like swimming in shark-infested waters with an open wound. Due to its unregulated nature, there's no telling what you'll encounter. Purchasing items is a test of faith rather than a guaranteed cash-for-service transaction – there are no terms of service, and the seller can't be forced to send you what you purchased.

There is a better alternative to using the dark web for privacy. Download a VPN. Both allow you to access geo-blocked content, and both can be used to navigate around censorship, whether corporate or government. But a VPN doesn’t force you to browse at a snail’s pace to achieve online security.

NordVPN doesn’t require you to dodge unpleasant content to remain secure online. All it requires is a subscription. NordVPN's iOS app also has the Dark Web Monitor feature which sends alerts if your credentials are exposed.

Browse the internet securely and privately with a trusted provider. It's risk-free with a 30-day money-back guarantee.