Can Macs get viruses?

Yes, Macs can get viruses. Macs have been less vulnerable to cyber threats than Windows computers, but they can still get infected with viruses. With the rising popularity of Apple devices, Mac malware also skyrocketed. 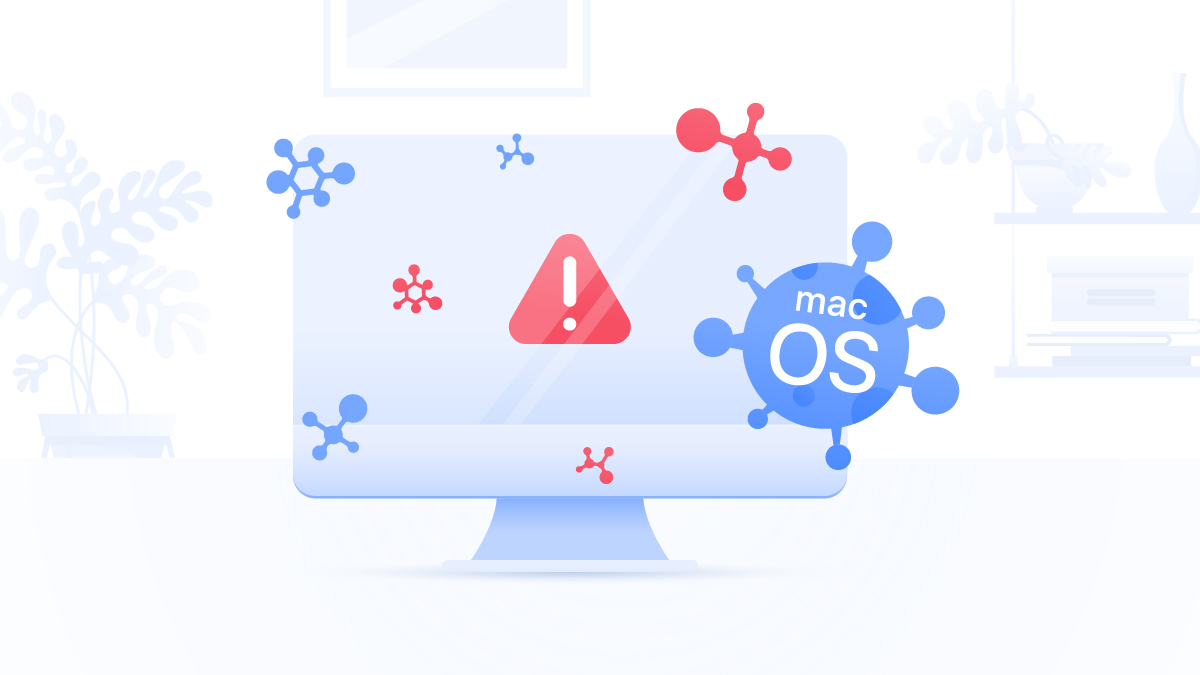 How safe are Macs?

Windows owns 87% of the computer operating system market while macOS has only 10%. Mathematically speaking, it’s much more profitable for hackers to create malware for Windows than for Macs.

MacOS has strong built-in security features as well. In 2006, Apple even aired commercials claiming that Macs don’t get viruses. Windows was a couple of steps behind for many years but it invested heavily in security to fix this problem.

Threats for Mac devices are growing, however, with adware being the most common type. Macs are still relatively safe machines, but you need to know how to take care after them.

How does malware threaten Mac users?

Phishing, browser hijacking, and potentially unwanted programs (PUPs) are also common among Mac users. Some estimates say that attacks on Macs increased by about 400% in 2019.

How Apple protects you from malware

MacOS has a built-in antimalware feature called XProtect that runs silently in the background. It scans downloaded applications, checking for malicious activities and preventing you from opening them.

Another feature, Gatekeeper, prohibits opening an app if the developers weren’t approved by Apple. This feature can be circumvented to open unapproved apps, but you must make sure they’re 100% safe.

MacOS also has a disk encryption feature called FileVault that encrypts your computer’s hard drive. When enabled, FileVault asks for a password every time you start your Mac.

How to ensure your Mac security

Stick to the App Store

Avoid downloading apps from suspicious websites or unknown developers — stick to the App Store. Apple reviews all apps before they appear online. Malicious apps can still end up in the App Store (this has happened before) but the chances are low.

Do you have the latest OS version installed on your MacBook? We recommend always installing updates on time because this is crucial for your device’s health and security.

Public networks are not safe: hackers can set up fake Wi-Fi, redirect you to fraudulent websites, and trick you into installing malware. You can use a VPN to encrypt your internet traffic, access your favorite services securely, and get the best deals when shopping online.

Many Mac users will assert that you don’t need any antivirus software. That might be fine if you trust your Mac’s built-in security features. For maximum security, however, specialized malware protection is a great idea. Good news if you use NordVPN — its Threat Protection feature will make sure you don’t land on malicious websites or download infected files. It will also block intrusive ads and trackers to make your online life even more secure.

Keeping them away in cloud storage is the best way to make sure they are not destroyed or held for ransom in case you do get a virus on your Mac. It’s even better if they are also encrypted. For example, NordLocker offers state-of-the-art encryption for the files you store locally or in the cloud. It will protect your data from hacking, snooping, and unauthorized access of any kind.

Keep your passwords strong and safe

Never use the same password for all of your accounts. We recommend creating unique, strong passwords containing special characters, numbers, lower case, and capital letters. You can manage your passwords and store them securely with a password manager, such as NordPass.