VPN for dummies: a guide for beginners

A VPN lets you claim back your online privacy. With the growing popularity of VPNs, you might have wondered if you need one too. This article offers a detailed explanation of what a VPN is and how to use it without profound computer knowledge.

Definition of a VPN

VPN stands for Virtual Private Network. NordVPN keeps you private and secure online, by hiding your IP address, and routing your traffic through encrypted, privately owned servers. (As opposed to the unencrypted servers owned by your ISP). All you have to do is tap 'Quick Connect' in the app to secure yourself online. You can get the NordVPN app for Windows, macOS, Linux, iOS, Android, and Android TV. 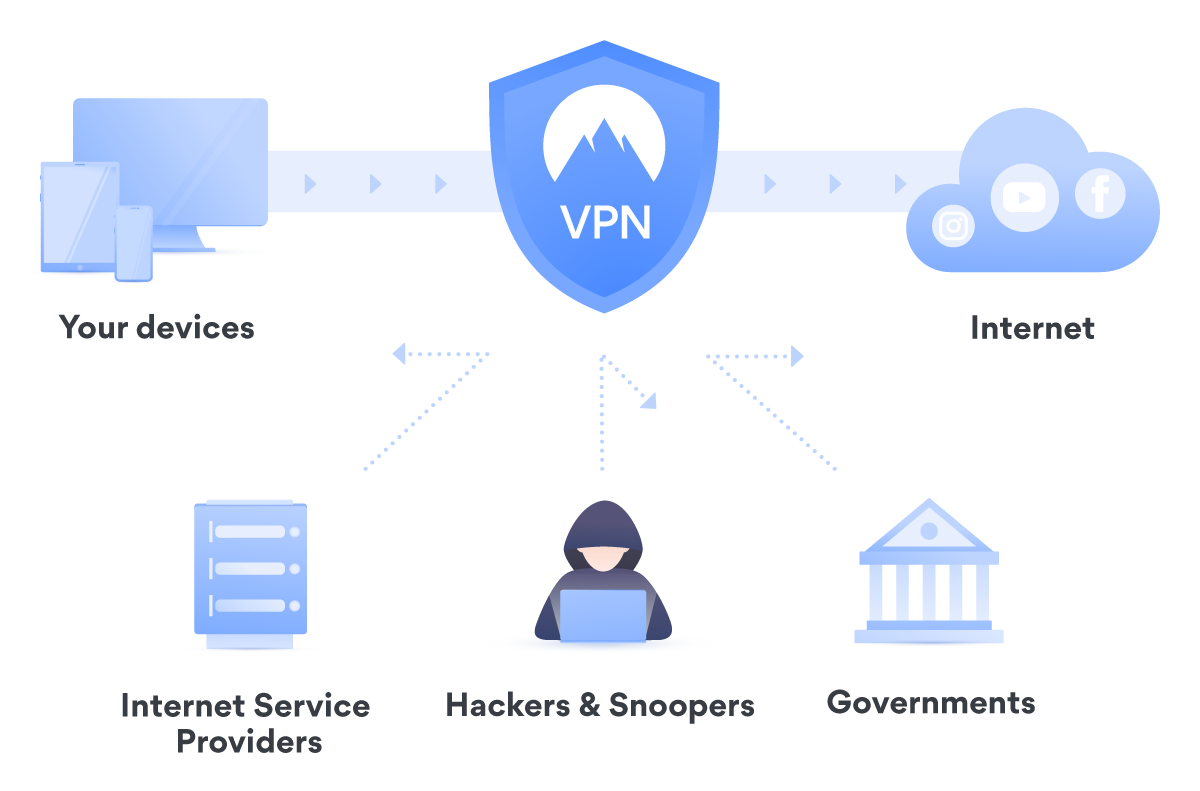 The internet is not safe by default. Hackers are always looking for ways to get into your system and steal your money. This is in addition to governments spying on their citizens and ISPs (Internet Service Providers) selling your browsing data to marketers.

When you turn on a VPN (Virtual Private Network) on your computer, smartphone, or tablet, it protects your data by routing it through encrypted servers. When you use a VPN, it helps prevent third-parties from spying on your activity, which gives you an extra layer of security.

Imagine the subway in New York or London. The trains have windows so anyone can see who’s inside and what they’re doing. They also have signs so everyone knows where they’re headed. Now imagine a special train with no windows or signs. The people inside know what they’re doing and where they’re going, but nobody observing the train has any clue.

When you turn on a VPN on your device, it turns into that special train. ISPs and snoopers can see that you’re connected to the internet, but they can’t see your sensitive information and use it to harm you.

A VPN tunnel enhances your privacy by encrypting data (in other words, converting it into a code) and making it unreadable for snoopers.

What exactly does a VPN do? 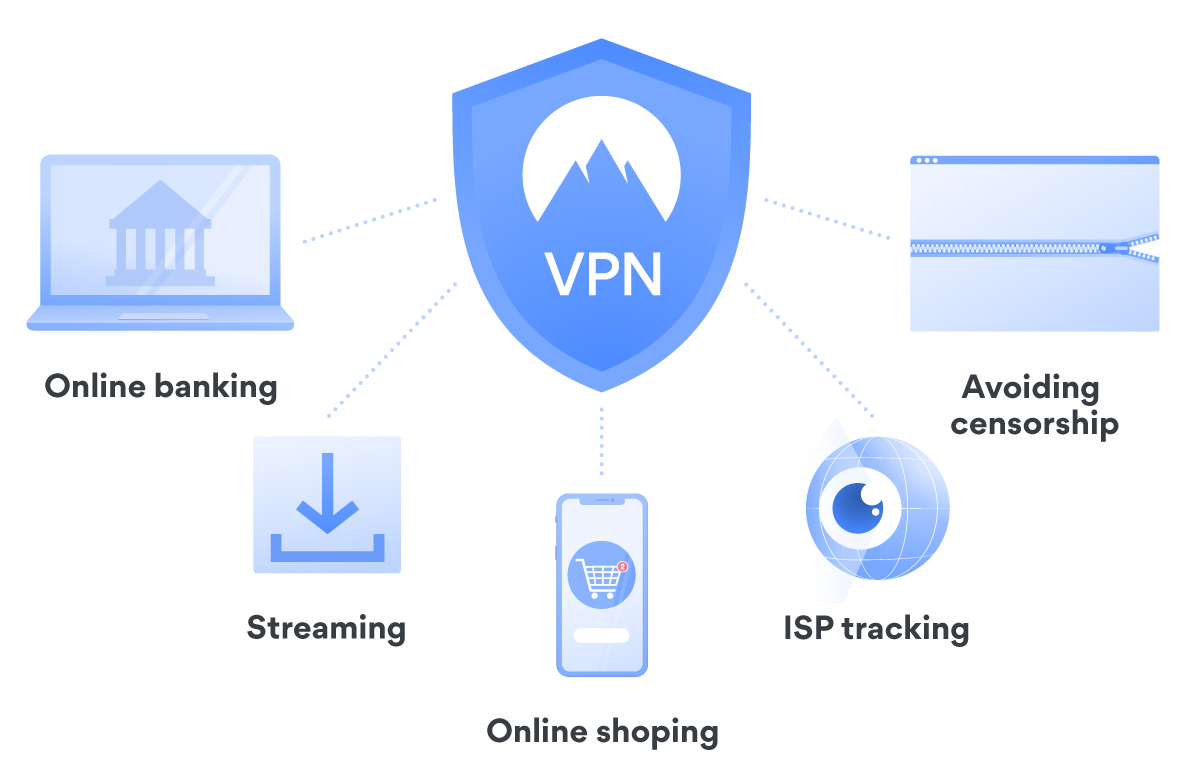 The NordVPN app hides your IP address and online activity from spies, by routing your traffic through encrypted VPN servers. This means that your online activity is kept secure and private from third-parties, and anyone who might want to monitor what you're doing online.

Here are a couple of scenarios where it might be best to use a VPN connection, or use VPN services:

VPNs are legal in most countries. However, certain countries, such as China, Iran, and Russia, regulate or ban the use of VPNs. We have prepared a list of countries where VPNs are illegal, which we update regularly.

What’s the difference between a VPN and a proxy?

Proxy is another tech term you can often hear in the context of cybersecurity. Just like a VPN, a proxy masks your IP address and bypasses geographical limitations. It’s great for watching region-restricted YouTube videos and browsing the web anonymously.

But unlike a VPN, a proxy doesn’t encrypt your traffic, leaving it accessible to hackers, governments, and ISPs.

All the traffic going through a proxy is also visible to the owner of the server. NordVPN, on the other hand, offers a strict no-logs policy — whatever you do online is your business.

What are the differences between a VPN app and a VPN extension? 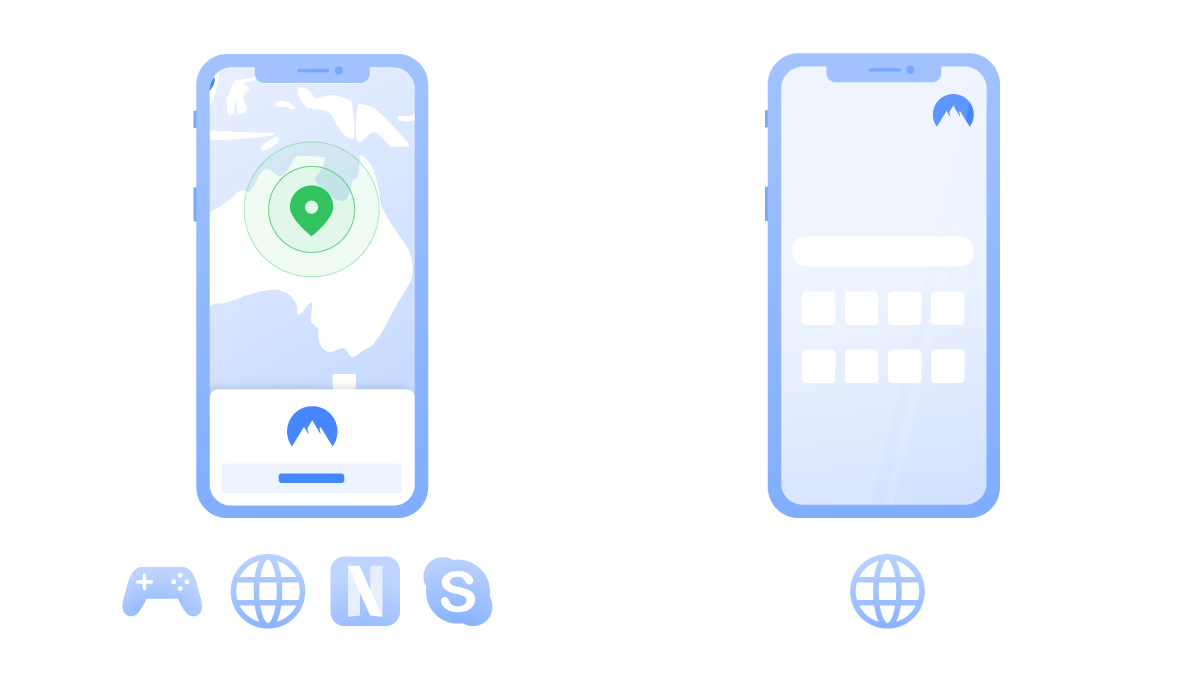 A VPN extension only protects data in your browser, while other programs and services on your device such as Netflix, Dropbox, or Skype use regular unencrypted internet connection.

Differently from an extension, a VPN app protects all the traffic leaving your device. If VPN is enabled on your computer, it will not only secure the data in your browser, but also other tools connected to the internet.

How to start using a VPN

The NordVPN app is easy to use and will take only a few minutes to set up. Just follow this tutorial: 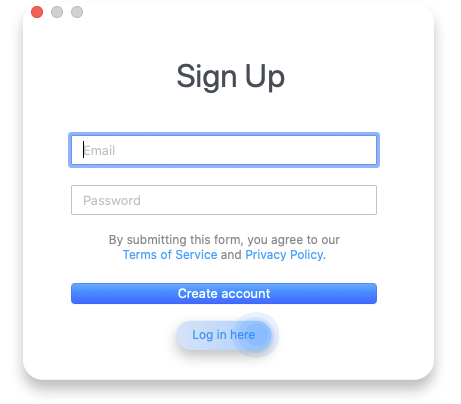 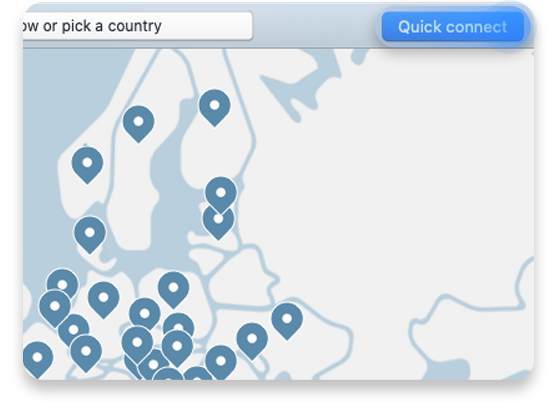 You can also check out our ‘What is a VPN?’ section, where a VPN is explained for dummies in more details.

Get NordVPN
Learn More
Also available in: Deutsch, Nederlands, 繁體中文 and other languages .