Government surveillance of citizens is getting worse. Both democratic and authoritarian governments regularly watch us. But is there a government spy peeping through your webcam as you’re reading this blog post? Surveillance can be difficult to detect but there are ways to protect yourself. What are the signs of government spying and can you escape it?

Signs that the government is spying on you

Is the government watching me? If you haven't done anything to get onto a CIA watchlist, chances are no one is actively listening to your conversations. But that doesn't mean your personal information isn't being collected in giant databases.

The Freedom on the Net report says that 89% of internet users are monitored on social media. A lot of their data is collected and analyzed through automated means for CIA mass surveillance.

Even though the collection of metadata may sound trivial, this is not necessarily the case. It can sometimes provide an even bigger image of a person's life than a specific personal conversation between two people. Here is the list of things making you more spyable.

Some risk factors include:

1. You have a Smart TV or other IoT device

Back in 2015, when Samsung’s new Smart TVs came out, the company warned its customers not to discuss personal or sensitive information near the device. According to the company, users' conversations may have been captured and sent to third parties.

In 2017, a WikiLeaks report described a Weeping Angel attack used by the CIA to turn Samsung TVs into the agency's bugs. The attack tricks the user into thinking the TV is off, while it actually operates as a microphone and sends sensitive conversations to CIA servers.

Luckily, according to the latest NordVPN research, most Americans have caught on to the risks of a home full of IoT devices. An overwhelming 9 in 10 believe that their IoT devices collect too much data on their respective users. The distrust of smart devices has reached a level where 50% of owners believe that their devices are listening in on their conversations unprompted.

2. Your webcam is on

It's relatively easy to hack your webcam, whether it's the government or a cybercriminal. The NSA's GUMFISH tool can direct an infected computer to take photos and record conversations through the webcam.

Back in 2008, Britain's surveillance agency GCHQ, helped by the NSA, also collected images from Yahoo web chats despite many users not even being government targets. Some of them contained sexually explicit communications. 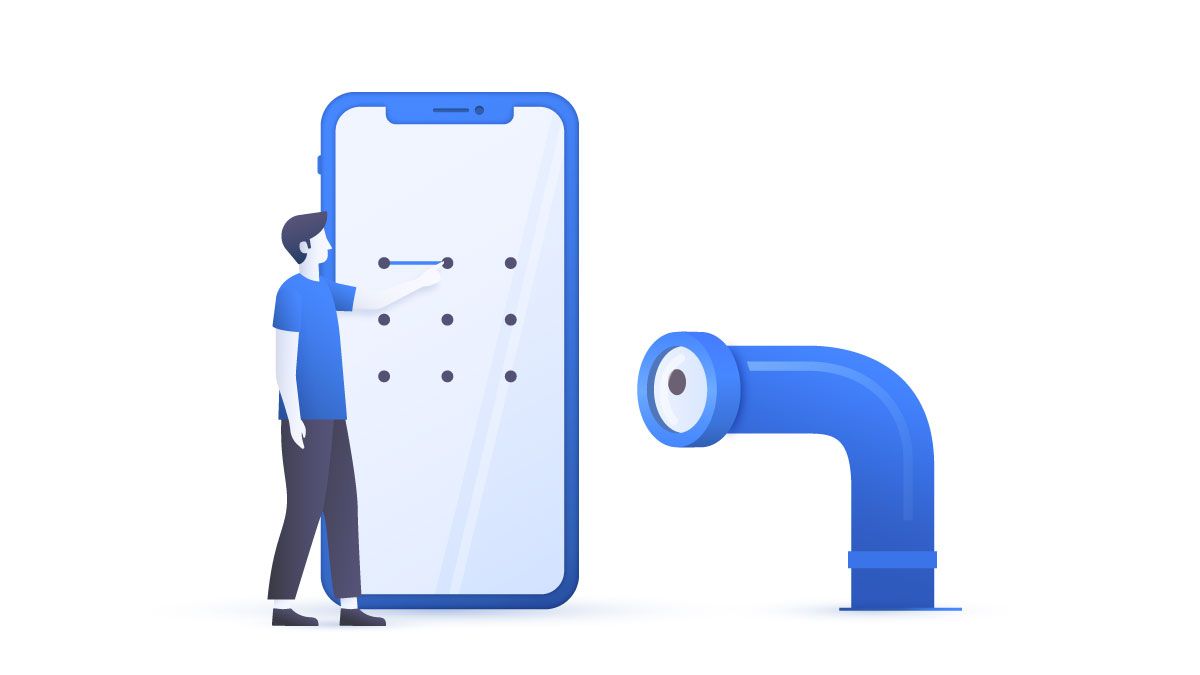 3. Your phone records are up for grabs

While the government won't necessarily listen in on your phone calls without a warrant, they can access your phone records. Who you call, when, and for how long can paint a pretty accurate picture of your hobbies, work, and personal life.

4. Your phone or computer was hacked

Government agencies have enormous malware collections, zero-day exploits, and other bugs they can use to turn your phone into a spying device. The CIA has specialized branches dedicated to finding out how to crack iOS, Android, Microsoft, or macOS software.

5. You’re always close to a camera

Countries like the US and the UK are some of the most watched-over regions in the world. According to estimates, the UK has approximately one CCTV camera for every 11 citizens. So, every time you're in public, expect Big Brother to be watching you.

Why is the government watching you?

You don't necessarily have to become a government target to be a victim of mass surveillance. While the government argues that monitoring is necessary to uncover and prevent terrorism, files leaked by Edward Snowden reveal that the NSA was collecting information about regular citizens. Advocates say this data is useful for preventing crimes and terrorism, while critics say it is far more likely to be abused as a tool of oppression.

Every year, surveillance scandals are revealed. Whether from government operations or giant corporate entities, someone will try to spy on your online activity. That's why it's important to take a proactive response to the growing threats against your privacy. There are plenty of tools available to the public that can help. A VPN is one of those tools, and it's perfect for the job.

Edward Snowden’s revelations were so shattering that other whistleblowers called it the most significant leak in US history.

As a former Central Intelligence Agency (CIA) employee, Snowden disclosed top secret NSA documents to the media. These NSA leaks revealed operational details of a global surveillance apparatus run by the NSA, members of the Five Eyes alliance and other commercial and international partners.

Snowden wasn’t the first to warn us about the NSA’s global mass surveillance. In 1971, Perry Fellwock revealed the existence of the then elusive NSA. In a Ramparts exposé, Fellwock helped to uncover mass domestic spying on US citizens which encouraged anti-spying legislation.

In 2019, the CIA was caught out again. An unnamed CIA employee revealed a “promise” made between the US president, Donald Trump, and an unnamed foreign leader. The revelations later became known as the Trump-Ukraine scandal in the impeachment of the president on December 18, 2019.

What can the government do with metadata?

Metadata is data about data. It includes your IP address, time, location, and other identifiers. Ad brokers and marketers use metadata tracking to target you with products, but it’s also an invaluable resource for government intelligence.

When your metadata is collected in bulk, over a long period of time, it can reveal:

Metadata can reveal patterns in our behavior, and in turn, these patterns could be used to make allegations. In 2021, a man was sentenced for the illegal possession of a firearm after being caught by police via social media. With AI (artificial intelligence) technology, machine learning, and social media, government surveillance has reached new levels.

Research shows that 71% of people live in countries where individuals were arrested or imprisoned for posting political, social, or religious content. With the help of AI, governments can scrape millions of social media profiles for information in record time.

From your social media profile, AI can:

Is the CIA watching me through my phone?

Your smartphone is no exception to CIA mass surveillance. In fact, Stingrays are used by law enforcement agencies to track citizens’ movements and record conversations, text messages, names, and phone numbers. Stingrays, also known as “cell site simulators” or “IMSI catchers” mimic cell phone towers and send out signals, to trick cell phones into transmitting their locations and personal information.

So, how do you stop the government from spying on you? If you do end up on a government watchlist, there's not much you can do to prevent them from targeting and gathering information about you. However, you can boost your privacy and protect yourself from CIA mass surveillance in various ways.

Online privacy is your right. Keep it secure with a premium VPN.