Staying busy when nature calls: smartphone use on the toilet

Have you ever got to the bathroom, only to realize – in horror – that you don't have your phone? You’re not the only one who needs distraction in the bathroom. Most of us take our phones with us when answering nature’s call, according to NordVPN research. Yes, we actually did a study on this. Find out which country’s citizens need their phone on the loo the most, what they do, and who’s most likely to drop their smartphone into the toilet.

Passing the time in the loo

If you take your smartphone with you when going to the restroom, you’re in the majority — 65% of all respondents said they take it with them to the loo.

Out of all the countries surveyed, Spaniards need technology the most. Nearly 80% of respondents in Spain said they entertain themselves with a phone in the john. While 42% admitted they do so often, 12% said they only do so sometimes.

Germany is at the rear end of the list — only 54% of respondents use their smartphone on the can. About 37% of Germans said they never do so, while approximately 9% do not own a smartphone.

In all the countries surveyed, phone use on the toilet was the most common among millennials (26-41-year-olds). Gen Z (18-25-year-olds) takes the second place. 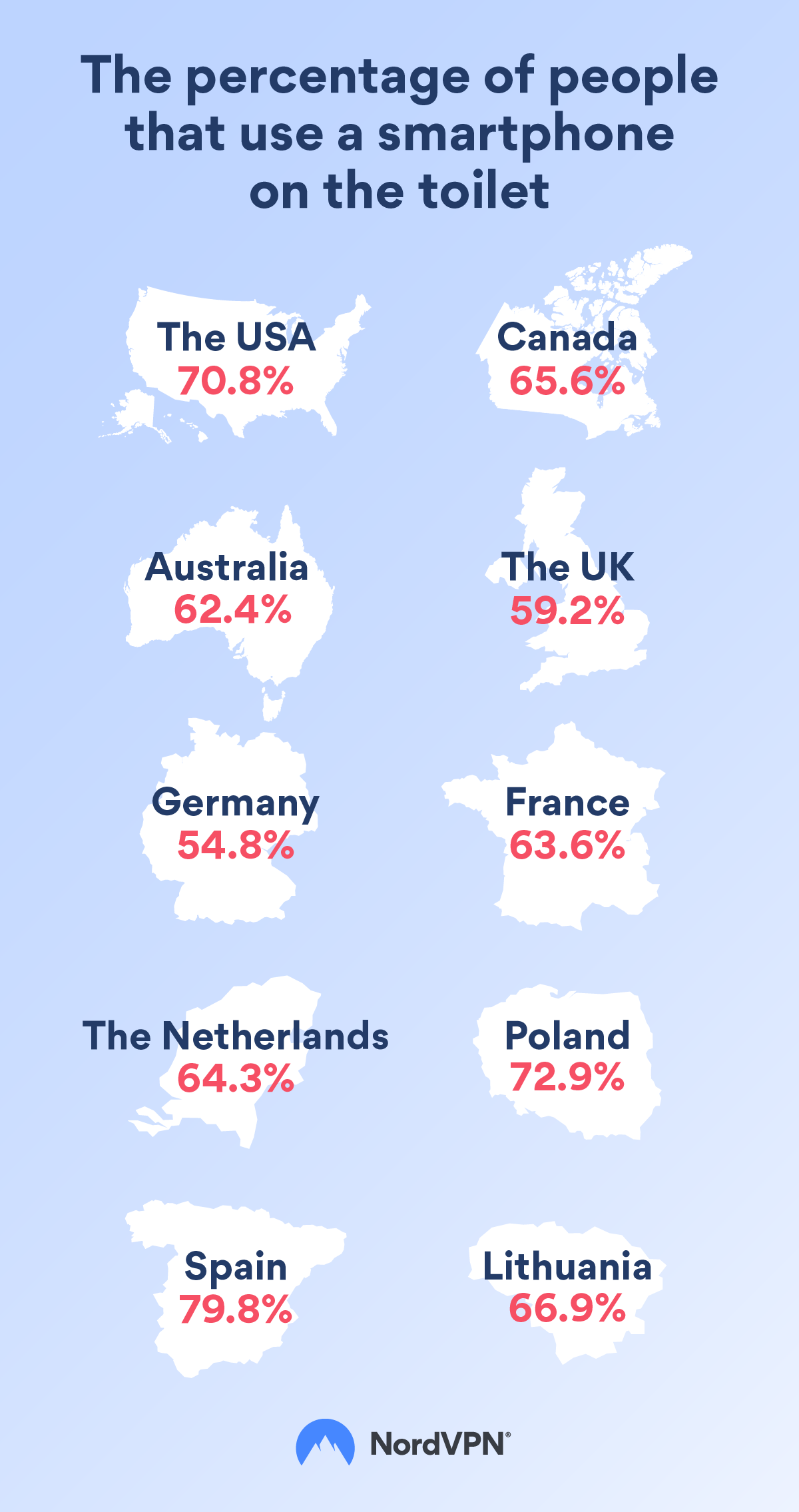 A scroll on the john

Scrolling through social media (53.4% of all participants) on the toilet is by far the most popular activity. It’s especially popular in Spain (64.8% of respondents) and the UK (61.6% of respondents).

Out of the countries surveyed, using social media is the least popular among Lithuanians (37.3% of respondents). They prefer spending their time reading or listening to the news (44.7% of respondents).

Out of the countries surveyed, Canada loves gaming the most. Nearly 40% of respondents spend their time playing in the restroom.

Americans are the friendliest of the bunch. Out of the countries surveyed, respondents in the USA are the most likely to reach out to their loved ones — 39.3% of them choose to call or message people while they’re on the toilet. 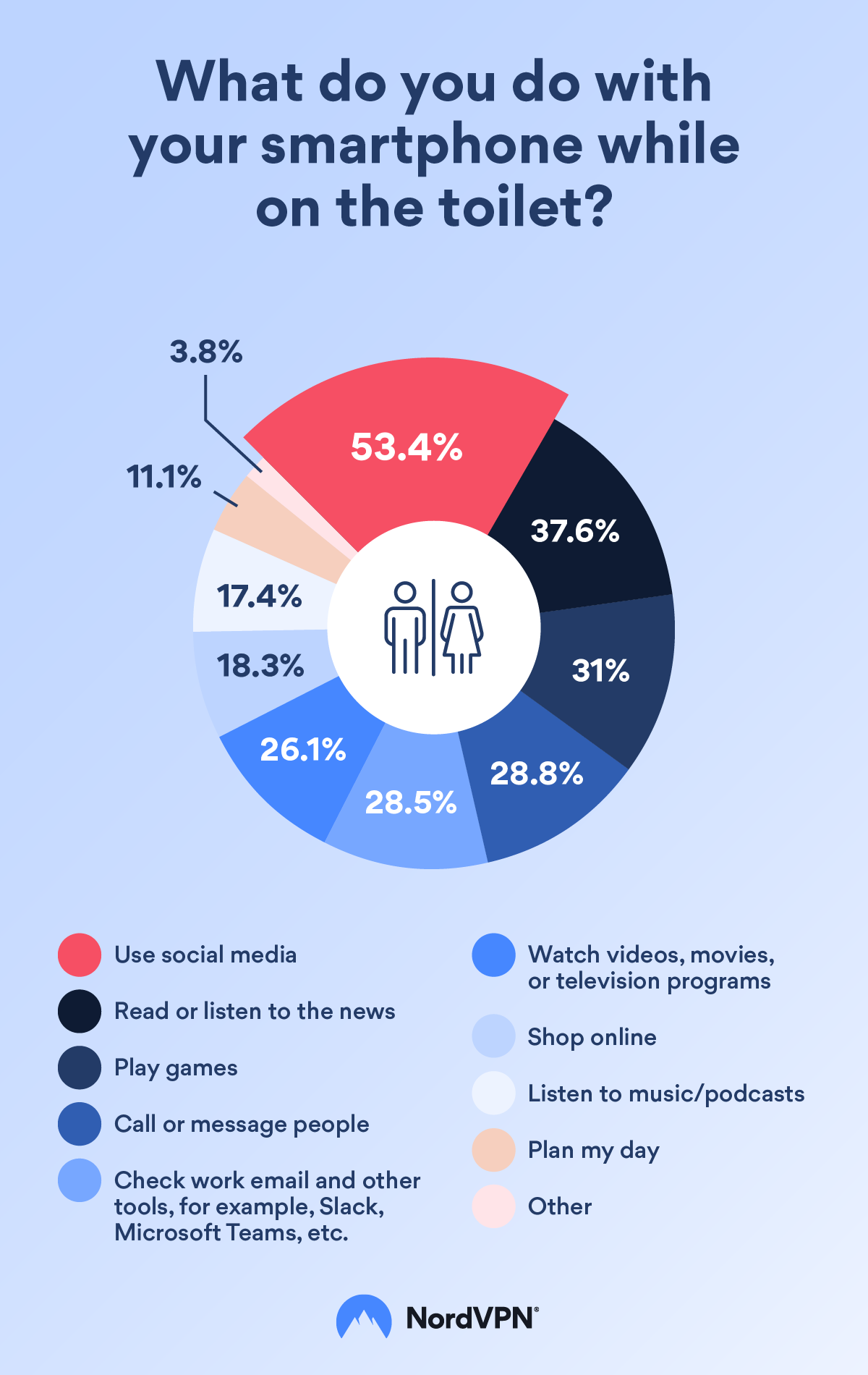 Who had the most accidents in the bathroom?

Lithuanians were the least likely to let their phone slip — only 10.2% of respondents admitted to having such an incident. Germans are also unlikely to drop their phone — just 11.9% said they had.

Occupying yourself on the loo is great — it definitely makes the time (among other things) pass faster. But make sure you’re staying safe. Here are our tips on protecting your phone on and off the john:

NordVPN reveals: Romance scams are common in the UK

28 bad internet behaviors and how to fix them