Online abuse: 16 tips for 16 days of activism against gender-based violence

From war zones to people’s homes, violence against women is the most pervasive breach of human rights worldwide. And the online world is certainly no refuge. A recent UN report shows that 1 in 5 teenagers in Europe experience cyberbullying, and females across continents are 27 times more likely to be harassed online. 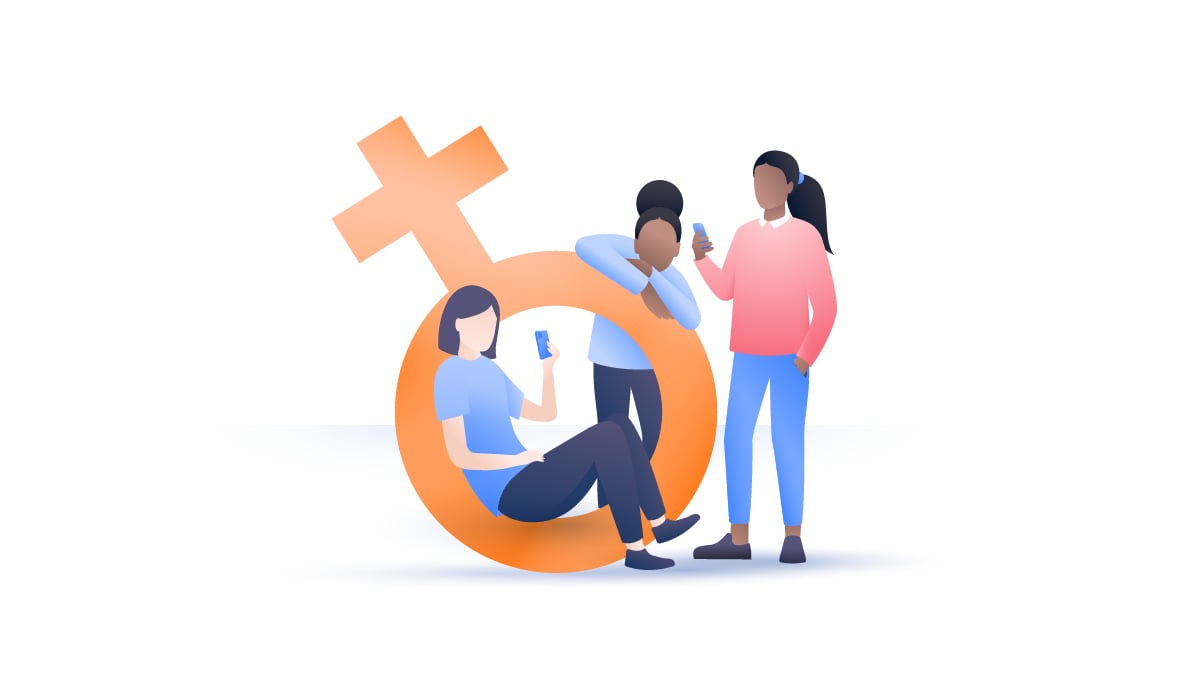 The gender-based violence problem is rampant

In Europe, 9 million girls have experienced some kind of cyber violence by the time they’re 15.

And the COVID-19 pandemic has made cyber-abuse worse. With schools closing and the world in lockdowns, cyberbullying incidents increased by 70% when lockdowns peaked in the spring, according to online safeguarding company L1ght.

Can you defend yourself?

Despite the rapidly growing number of women experiencing online violence, only 26% of law enforcement agencies in the 86 countries surveyed are taking action. Online spaces are still considered as separate from the “real world”, so victims are reluctant to speak out. As a result, abuse goes unreported and victims are rarely given the justice and protection they deserve.

In support of the United Nations campaign “16 Days of Activism against Gender-Based Violence”, we’d like to expose the many faces of cyber-abuse and offer 16 tips to keep victims safe and encourage healthier cyber-spaces.

COVID-19 precautions have forced support centers and youth clubs to close, but you could be a lifeline for someone. Orange is the official color for the United Nations campaign on gender-based violence, so if you’re a shop owner, you can post orange signs next to your cash register with information about your national hotline to let victims know your store is a safety point. Others can independently organize meetings in their local church or any other open public space and advertise this discreetly in local supermarkets. (You could even ask managers if you can leave some cards near women’s products).

3. Humor is a weapon

Try your hardest to use humor from the very beginning to throw the offender off. If you’re being taunted on social media, or an ex-partner is threatening you, or someone is name-calling, stay buoyant. Trolls feed off your fear and rage and use it to cut you even deeper with monologues of insults. Your coolness will take them by surprise and buy you some time to get some expert advice and report them.

Anti-bullying agencies found that 42% of online harassment comes from Instagram. Disarm bullies by disabling comments. Instagram lets you disable or filter comments that include specific words, emojis, phrases, and numbers.

How easy is your password to guess? This year, 130 Twitter accounts got hacked and had messages sent from them. Imagine how certain comments or photos could affect your job, reputation, and family. Use a free password manager – it’s a no-brainer. NordPass generates the safest passwords and remembers them for you. It encrypts them on your device before they’re backed up in the cloud, making them safe from everyone – even us.

If you encounter harassment on Twitter, you can report the account. Twitter may either set the abuser’s account to read-only for a while or, if the account is solely dedicated to abuse, permanently suspend or block it. The “Misogyny on Twitter” report shows that 6 million instances of the words “slut” and “whore” were used on Twitter between 2013 and 2014. Twitter remains fertile ground for reinforcing offline gender inequalities through violent and abusive tweets toward women. This should not be accepted as normal.

It was only a matter of time before deepfakes started to get abused. A deepfake bot on Telegram can forge a nude photo of you in seconds. This has been the case for 70% of 100,000 normal women, like your family members and friends, rather than celebrities. Don’t provide misogynistic criminals with a canvas — restrict full-length beach photos to close friends on social media and think about the amount of nudity you expose anywhere online, at least until we find a way to prove a genuine photo from a deepfake one.

A bot account could steal your photos to make deepfakes or keep tabs on you. Cybercriminals and online abusers usually operate behind bot or trolling accounts, which is why you should sift through your followers. Here are a few signs of a bot account:

Grooming isn’t obvious. It’s deviously calculated by child abusers, who all seem to follow the same formula. And girls are incredibly high-risk: in 2014, 87% of all reported child sexual abuse images depicted girls.

Be cautious of lesser-known messaging apps. After meeting their victim on a popular social media platform like Instagram or Snapchat, a predator will usually entice the child to move over to a less monitored and encrypted chat app. Here the child can be blackmailed into producing child pornography by a child handler skilled at extortion and blackmail. Victims, who are usually between the ages of 11 to 18, hope that if they send just one more photo, the abuser will go away.

Child predators can be both women and men. One mother even recounts saving her 7-year-old daughter from a 40-year-old woman at church. Soul-crushingly, victims of prior bullying are usually targeted by online child groomers. Children post emotional things online as a cry for help and support but end up attracting predators, who see them as vulnerable to emotional manipulation.

For teens especially, family support is essential, as they naturally begin detaching from the nest. Constant “Are you OK?” questions are easy to brush off when you’re hiding deep trauma. Instead, create safe havens, encourage their friends to come to the house, and have regular family outings to create an atmosphere of support and positivity. Talk to their teachers, enroll them in local martial arts classes, yoga, coding, sports, or music — anything to provide outlets so they don’t stew online. This will help embolden them in the long-run to stand up to bullies.

Doxxing attacks are rife, especially on online gaming forums. This is when someone will steal your photos, contact information, or other sensitive files and make them public online to humiliate and bribe you.

If you encrypt the files, photos, and videos on your devices, you’ll be safe. NordLocker, for example, does precisely that – it locks your sensitive files behind encryption, which makes them undecipherable to abusers.

NordVPN expertise Why LGBTQ+ online security is so important 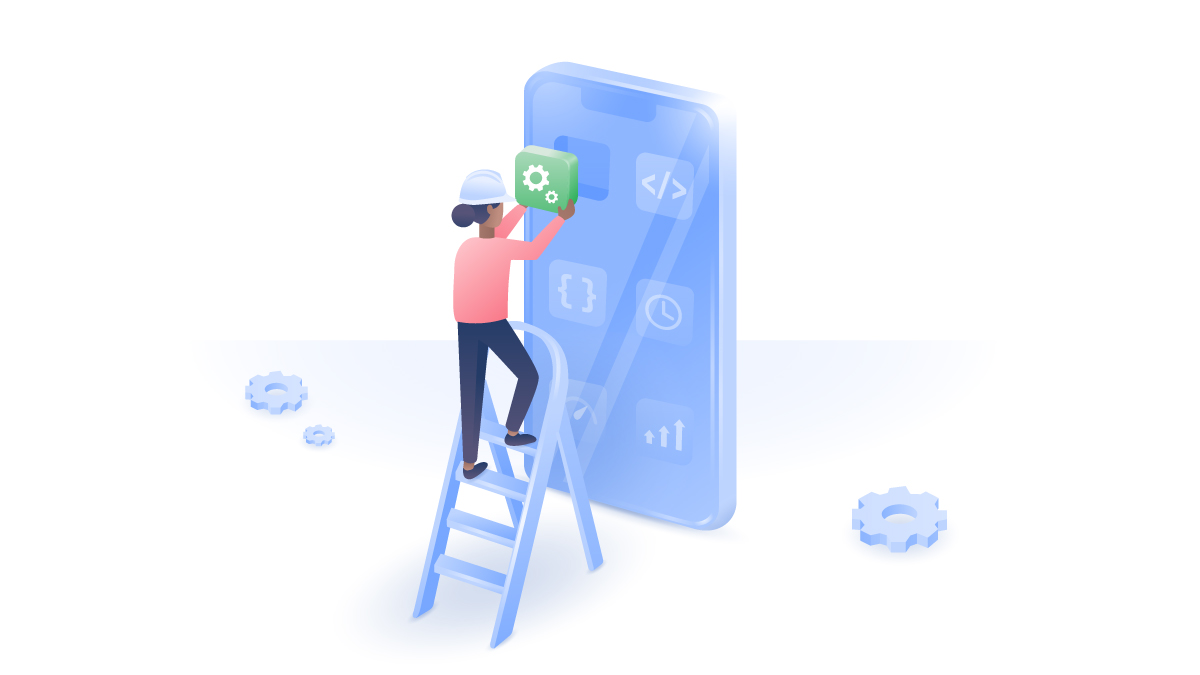 NordVPN expertise Why you should care about women in tech

Swatters might use your address to frame you for crimes you didn’t commit. These kinds of online abusers usually hang out on gaming forums, hunting for personal information to use against you. One swatter arranged for heroin to be delivered to a victim’s home right before response teams arrived in an attempt to frame them for drug possession.

Checking in at specific locations while you’re actually there is just what a cyberstalker needs. If you want to check in on Facebook or tag locations on Instagram, do so after you’ve left the place. The same goes for vacations: a catfisher or someone obsessed with you might wait until you post vacation snaps on social media to break into your house.

Instagram lets you add people to a “Close Friends” list so you can share photos privately with people you trust. Snapchat has disappearing messages and a setting that lets only your confirmed friends contact you. Make use of these privacy settings so the whole world doesn’t get to see your private life – you never know who’s developing an obsession.

Spyware is invisible, and if you have it on your device, someone could secretly have access to your messages, photos, location, and browsing history. Jailbreaking your phone also makes it easier for abusers to tamper with and gain remote access.

Monitoring apps might show up in the main apps list. Check your app list in the settings menu or the actual settings menu on Android. Look for menu items that don’t look right or you do not recall installing, minus the apps that come pre-installed by the manufacturer. You can find out how to deal with stalkerware here.

Some abusers hack webcams to spy on victims and later blackmail them with the footage. You can see if your webcam is active by checking your running processes in the settings. Your webcam light won’t necessarily turn on if it’s being used secretly. A piece of opaque tape or a webcam cover is one of the easiest and most effective preventative measures. Learning how to figure out if your laptop camera has been hacked is also a good idea.

Whether it’s an ex-partner, an extortionist, or an abusive power seeker out to terrorize women and families, they may get in through your baby monitor. Last year, hackers threatened to kidnap a family’s newborn through a baby monitor after spying on them. Hackers can scan for unprotected devices anywhere in the world. Use a VPN on your router to secure your home devices and always change the factory password to a new one.

Let’s push online violence to the center of the public square for the world to acknowledge. You can announce your actions, commitments, and pledges by “oranging” your social media profiles and websites. Speaking up against this global crisis brings awareness, which helps fundraise technical solutions like online and text support for victims.

The 16 Days of Activism against Gender-Based Violence is an international campaign beginning each year on the International Day against Violence for Women (Nov 25th) and ending on Human Rights Day (Dec 10th).

Stay up to date with the latest cybersecurity advancements and the social issues it impacts. You can subscribe below, we send one critical article per week.