If you live in Germany and sometimes find your internet traffic extremely slow (especially in the evenings), you might be a victim of bandwidth throttling. The good news is that there is a workaround that could give you the speed you actually pay for. 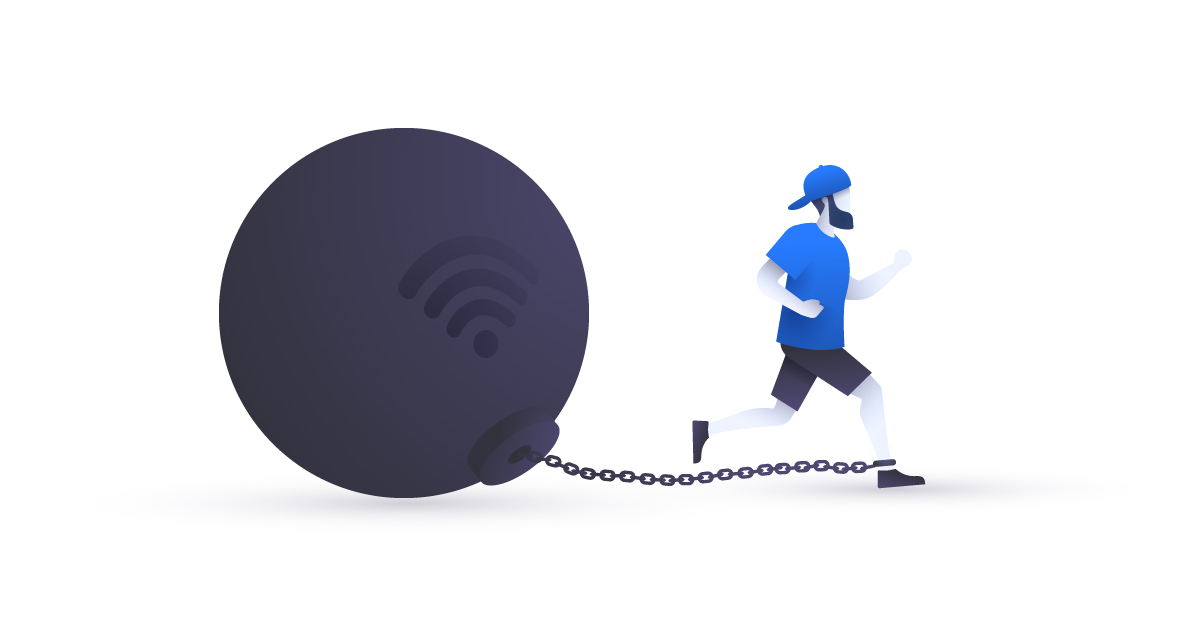 How throttling in Germany works

Traffic shaping can have legitimate uses, but it can also be used by ISPs to squeeze more money out of users and content providers. For example, some ISPs throttle bandwidth for certain services at certain times unless those services pay up. Content providers who can’t or won’t pay get slower speeds and their users experience slower connections. This is especially painful for streaming websites, where good connection speeds are essential for the quality of their content.

This principle violates net neutrality, which says that all ISPs must treat all communications equally.

Deutsche Telekom (DT) has been notorious for throttling practices. It maintains a monopoly in the German telecommunication market and provides internet services in many other European countries. This allows DT to prioritize certain content and provide certain content providers with better speeds than others. This has caused download speeds to drop significantly for some users. These limitations make streaming especially slow on weekends and evenings and introduce inequality on the web.

Though a German court has ordered DT to discontinue this policy and uphold net neutrality, the problem persists.

How to avoid throttling in Germany

If you connect to the internet in Germany and try to reach a German IP, your traffic is more likely to pass through slower DT hubs and to be throttled. However, if you use a VPN and pick another country, your route will still pass through the DT servers, only the data will be encrypted and you cannot be throttled based on on the type of internet traffic you have. Plus, the encryption will prevent servers from using filters to throttle your traffic. Thus, ISP will not be able to monitor you and shape your traffic and you will avoid speed restrictions.

NordVPN encrypts your data and hides your IP. This gives you the bandwidth you pay for without additional fuzz.

Get NordVPN to help eliminate throttling and enjoy the blazing speeds you deserve.

Next read NordVPN for Linux: release notes Eglė Juodytė · May 24, 2022