7 ways technology could change the world by 2025

Futurists’ predictions always imagined wacky inventions like flying cars and mind control, but with the COVID-19 outbreak, we may now be on a trajectory towards a new authoritarian state, enforced through digital technology. Facebook’s Metaverse is already a testament to how most social aspects of life might not even require your physical presence anymore.

In the 1900’s futurist John Elfreth Watkins predicted wireless networks, underground streets, and supersized fruit. In the 1970’s technology consultant and futurist, Alvin Toffler, predicted a disruptive rise of computers that could help forge a “throw-away society”, in which people (referred to as consumers) sought disposable products, to fill temporary needs, driven by fads. In the last decade, Ray Kurzweil, a famed futurist, and author, predicts that we’ll have bionic organ transplants and human-like intelligence in machines by 2029.

But future predictions have also been wrong, because the people who predict the future naturally fail to consider shifts in the social psyche, like gender roles, for example. In a 1966 essay called “The Futurists” published by Time, futurists thought remote shopping would never happen by 2000 because women “like to get out of the house”. Likewise, in 2007 Microsoft CEO, Steve Balmer, said that “there’s no way the iPhone will get any significant market share”.

With our shift to online-living during the pandemic, new apps and tools are being created even faster to cope with our new online way of life. Workplaces are rearranging, more of us are working from home, and living arrangements and community structures are adapting. And as more of our chores and cooperative work become automated, the Internet of Things could dramatically evolve.

While social apps have been incredible at connecting remote communities and inspiring change from the wider world, online communication tools could also be weaponized to spread misinformation. Without proper regulation, future technology in a totally virtual world might also encourage online communities to become more insular, spurring bigotry and xenophobia.

AI could enhance some lives and damage others

More work is being taken over by artificial intelligence, which could mean that some professions might be replaced with machines.

In a futuristic society dependent on machines, companies might outsource even more work to the lowest bidder globally, striking even fiercer economic competition between nations. In an alternate reality, delegating the running of our daily tasks to machines might inspire humans to focus on scientific and social innovation, but that might not be the reality.

Having a high carbon footprint might be the ultimate social faux pas in 2025. With new EU vehicle-emission rules set for 2025, the switch to electric vehicles, and heavier demand for climate-action from our youth, the future looks greener.

Experiments with fusion technology are underway in the US, the UK, and elsewhere, which could be used instead of fission to break apart atoms in nuclear reactors. Deriving its fuel from water, not radioactive uranium, or plutonium, fusion doesn’t generate long-term nuclear waste.

Likewise, new developments are also underway to cut emissions in the steel and cement industries, which are currently responsible for 20% of the world’s emissions.

A new AI tool, Carbon Re, is able to analyze minute parts of manufacturing data and recommend ways to cut emissions during the manufacturing process. It does this by modelling the production environment and recognizing the optimal process for the lowest carbon dioxide output and fuel use.

In 2019, Google used its Quantum ‘Sycamore device’ to simulate a basic chemical reaction. If quantum computers could simulate more complex reactions in bigger molecules, we may be able to develop new chemicals using quantum simulation.

Featured What is the metaverse and how does it work? 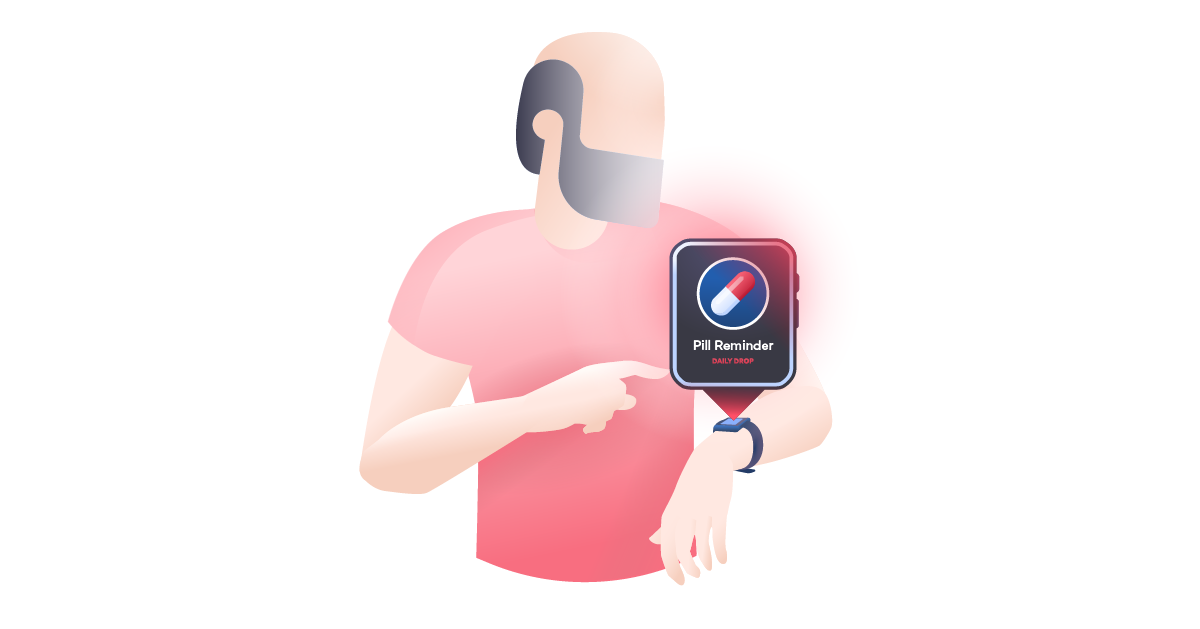 Online threats Can a smartwatch hack kill you?

Quantum chemistry simulation might also speed up drug trials, and help develop new tailor-made materials. Improved computing power could lead to the rapid development of medicines, which often get delayed by trial and error methods and low funding.

3D bioprinted food could change the way we eat

Scientists at Japan’s Osaka University have 3D printed a wagyu beef steak in a lab. Using stem cells that they took from wagyu cows, the scientists organized the muscles, blood vessels, and fat to quite literally build a steak.

The researchers believe that 3D-printed food could be a step towards a more sustainable future, away from our current animal agriculture industry that promotes deforestation, and causes a damaging amount of methane emissions.

Predictions for the future suggest that we might even be able to edit our food according to our tastes and health concerns, especially if 3D bioprinting becomes widespread.

AI could help make us all wealthier

If AI can replicate the customized strategies used by financial advisors, access to wealth creation will be in the hands of the masses.

Financial advisors and stock brokers are knowledge workers, so they’re expensive. Which has often meant that you need to be wealthy to preserve or grow your wealth. But millions could soon get the chance to make their money work for them.

In fact, AI is already shaping the future of stock trading. With AI investment apps able to analyze millions of data points, execute trades at the optimal price, and forecast markets with incredible accuracy while managing risk, access to the stock market will be easier than ever.

As technology continues to entwine with our personal lives, the need to protect our sensitive data will be the rule, rather than the exception. By 2025, cyber security could become a foundational element of futuristic technology, and not just an add-on to comply with CCPA and GDPR. This is especially important if social engineering threats become harder to resist, in a world where immediacy trumps caution.

Privacy enhancing technologies (PETs) might also become mainstream. For example, AI companies need to use vast amounts of human data to train machine learning tools like Siri, Alexa, and self-driving cars. But because they also need a secure way to access that data, PETs could be the way forward.

VPNs are the original PETs, and we believe they’ll become an essential app for going online. With massive data breaches making headlines every year, and hackers operating vast networks in the cyber underworld, blindly having faith in corporations to protect us is outdated.

In fact, our cybersecurity statistics showed that only 33% of internet users felt they were “safe from being hacked” in 2020. Using a VPN could be the easiest and quickest way to secure yourself and remain private online.