If I said that five ministers from five countries met behind closed doors to discuss ways to spy on your online life without your permission, you might call me a conspiracy theorist. However, you’d be wrong – it’s real, and it’s happening right in the open. 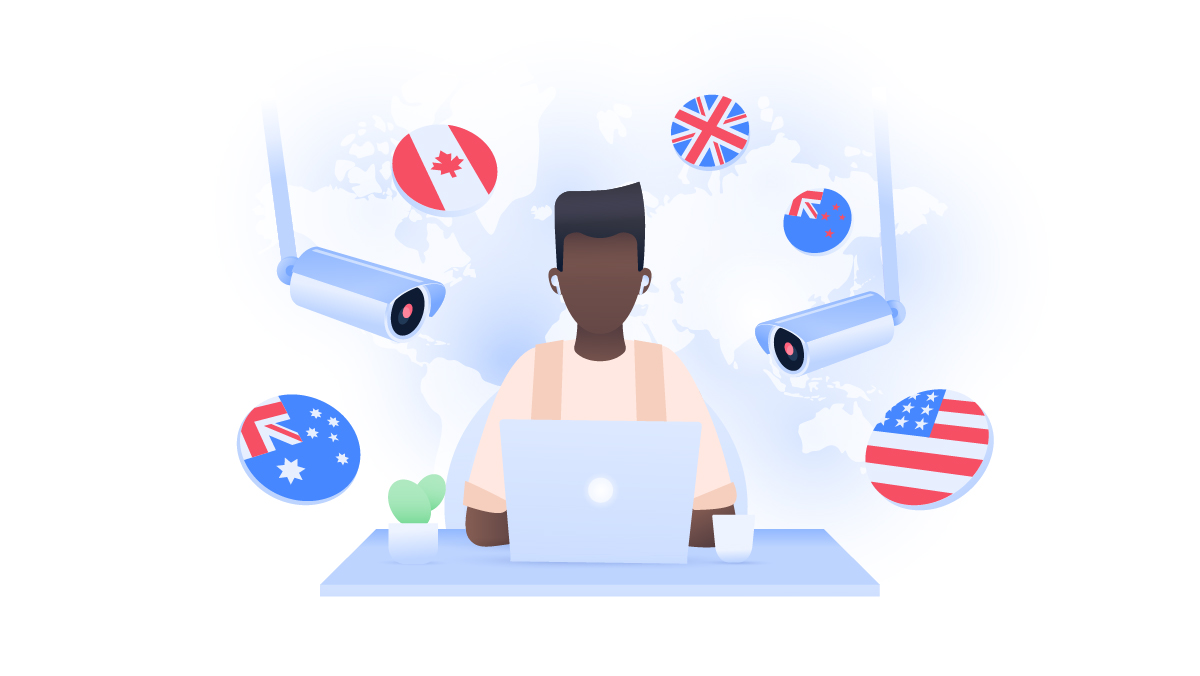 Ministers from the Five Eyes – five countries who’ve agreed to share surveillance data and expand their surveillance capabilities whenever they can – are calling on tech companies to give their governments backdoor access to encrypted private communications or face the consequences. They want to take away your online privacy at the cost of your security.

What are the Five Eyes?

In online privacy circles, the Five Eyes refers to a surveillance alliance formed between five countries after World War II between the United States, the United Kingdom, Canada, Australia, and New Zealand. Since then, these members’ surveillance capabilities have expanded significantly, as has their appetite for your data.

This isn’t a conspiracy theory – Wikipedia covers the history of the group in great detail. But we’re not talking about their history, we’re talking about what they’re doing now. Until now, Australia and the USA have been the group’s greatest agitator for undermining private encryption.

The FBI in the US has been looking for ways to undermine the encryption of Apple devices, and the Australian government seems to submit a new attempt to create encryption backdoors for social media networks like Facebook every year. Now, however, the Five Eyes have finally taken a unified approach.

Before we continue, there are two different things we must establish about encryption, whether it’s through a VPN like NordVPN or while sending end-to-end encrypted messages through an app like Telegram:

Now let’s talk about the Five Eyes’ recent meeting. The message shared by the Australian Department of Home Affairs begins on a cheery and positive note, but the main goal quickly becomes clear in their Statement of Principles on Access to Evidence and Encryption:

“Privacy is not absolute. It is an established principle that appropriate government authorities should be able to seek access to otherwise private information when a court or independent authority has authorized such access based on established legal standards.

“Should governments continue to encounter impediments to lawful access to information necessary to aid the protection of the citizens of our countries, we may pursue technological, enforcement, legislative or other measures to achieve lawful access solutions.”

Both messages cite crime and terrorism as the primary justifications for these privacy violations, and while fighting these problems is very important, here’s why we still take issue:

The Five Eyes want to add a door to that tunnel and say they won’t give anyone the key, but the door is still there! The key can be used abusively, stolen, or lost – or someone can pick the lock or force the door open. We are all better off if that door never exists in the first place.

For now, the threat of these measures being enacted can be avoided by operating in a country that is not part of the Five Eyes or any of the other surveillance alliances (like the Fourteen Eyes). NordVPN is proud to operate from the jurisdiction of Panama, which is not a member of the Five Eyes or Fourteen Eyes alliances and does not mandate any sort of data logging or encryption access.

As such, this makes it an effective tool for maintaining your privacy no matter where you’re located. This is even the case in Five Eyes countries – NordVPN, for example, is a highly recommended VPN in Canada. If you’re interested in cybersecurity and privacy issues, sign up for our blog newsletter below!