Wi-Fi 6 is the sixth and latest generation of Wi-Fi protocol that has promised to set a new industry standard for Wi-Fi connections. How much has changed from the fifth generation? And is it worth upgrading your devices to be compatible with Wi-Fi 6? 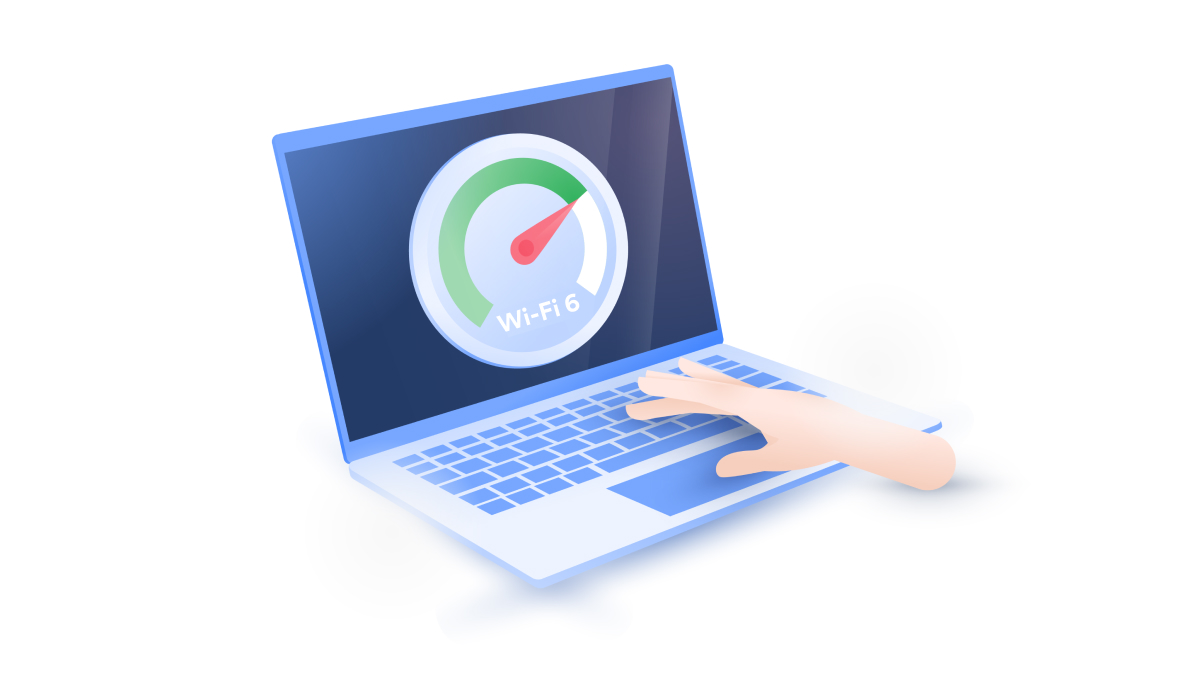 What is Wi-Fi 6, and why is it better? Let’s get the most important aspect out of the way. Wi-Fi 6 is the fastest protocol of wireless tech, increasing the top theoretical speed over Wi-Fi 5 by almost 250%. Wi-Fi 5 had a maximum throughput of 3.5 Gbps. The Wi-Fi 6 throughput sits at a much more impressive 9.6 Gbps.

Bear in mind that those are merely theoretical speeds, and your Wi-Fi connection is unlikely to hit the maximum throughput in a natural environment. Still, the numbers don’t lie. Wi-Fi 6 will be able to process much more data than Wi-Fi 5 every could.

When looking for an upgrade, Wi-Fi speeds are a factor that most people prioritize. However, Wi-Fi 6 has tried to solve a more significant problem: connection stability. This is where the sixth gen of Wi-Fi protocol starts to shine.

Now it’s seven years later, and the number of devices has increased to nine. Tech gurus have predicted that, with the rise of smart homes and IoT devices, the average household could be running up to 50 pieces of connected hardware in just a few years.

That's where Wi-Fi 6 really makes a difference. The enormous throughput threshold increase to 9.6 Gbps means less strain on the wireless network, allowing many devices to maintain a steady and fast connection.

Whereas Wi-Fi 5 routers will eventually show the strain and buckle as more users latch on to the connection, Wi-Fi 6 handles crowds a lot better. Anyone connected to a Wi-Fi 6-enabled router shouldn’t experience the overload and dip in speeds that usually come with an overloaded fifth generation network.

Public Wi-Fi will benefit a lot from this. Busy hotspots on trains or in cafes will no longer be prohibitively slow, thanks to the improved connections.

The new tech has taken into account security and power efficiency. Wi-Fi 6 connections will always be reinforced with the mandatory WPA3 security protocol. The WPA3 security is to protect the plethora of IoT devices, which are now found frequently in modern houses.

Users connected to Wi-Fi 6 will find that their devices' batteries won't drain as quickly as they did before. Target Wake Time, or TWT, can schedule your device to connect and disconnect from the Wi-Fi connection at specific times. This is perfect for low-power IoT household devices that don’t need to stay connected at all times.

The way Wi-Fi 6 has been designed is a reflection of modern living. Wireless networks around the developed world are suffering from the increased strain of smart home devices. This innovation in Wi-Fi protocol technology means a single household could have multiple devices streaming and gaming in HD while experiencing no network strain.

Unfortunately, as a relatively recent innovation that only truly started becoming widespread in 2020, you’ll need new hardware to experience the benefits.

Instead of dumping all your old tech now, however, let your devices run through their natural lifespans and then upgrade when appropriate. Every new device released from 2020 onwards should be compatible with Wi-Fi 6.

If you do want to move early, you should probably invest in a Wi-Fi 6 router. Upgrading your router now will make your home ready for all new devices in the future.

While speed is important online, security can't be overlooked. However fast your Wi-Fi is, you don't want hackers being able to spy on your data as your browsing.

If you want to make sure your devices are protected against snoopers and cybercriminals, start using a virtual private network, or VPN. Premium services like NordVPN can keep your data private even when your Wi-Fi is unsecured, and can offer lightning fast speeds without compromising on safety.

Next read Indicators of compromise: have you already been hacked? Malcolm Higgins · Dec 01, 2021