Research by NordVPN suggests that students in the UK are becoming increasingly aware of the risks they face online, but many are still failing to adequately protect themselves. So how tech-savvy are British students, and how do they rank against their peers in other countries? 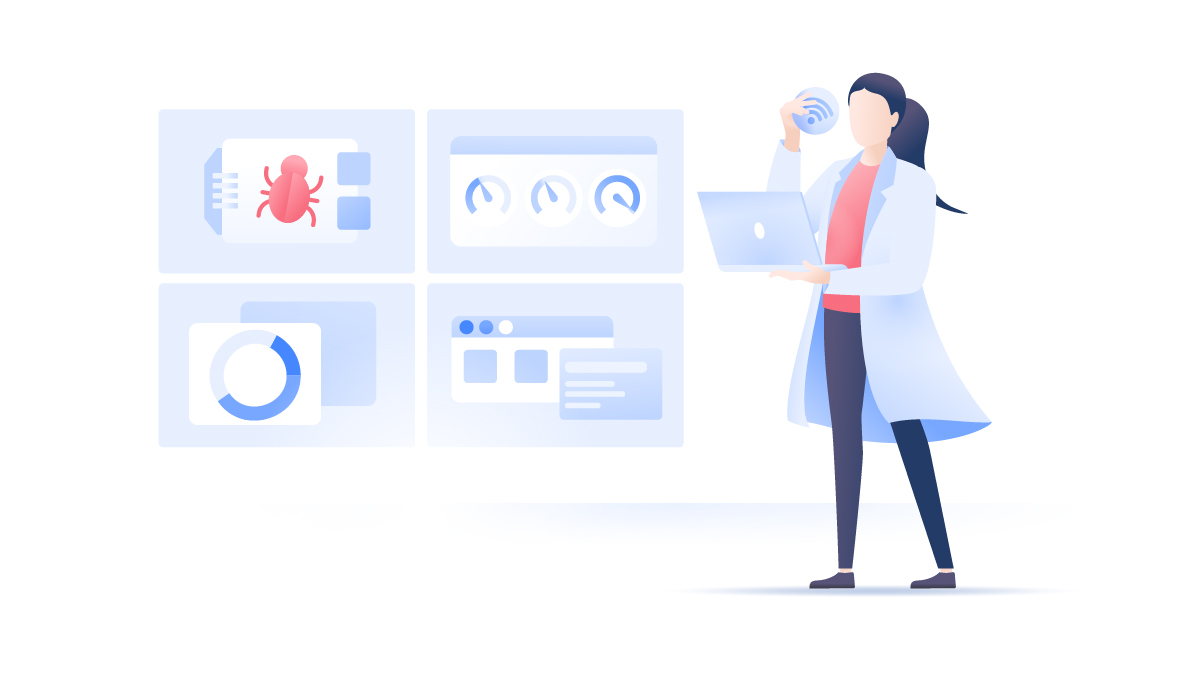 Students were surveyed as a separate target group and in this article we’ll focus on their performance in different countries.

Awareness is growing among UK students

The score of 100 in the National Privacy Test means that you’re a tech-savvy ninja, who knows everything about cybersecurity (spoiler alert: no one gets 100/100). The lower the score is, the more at risk you are online. 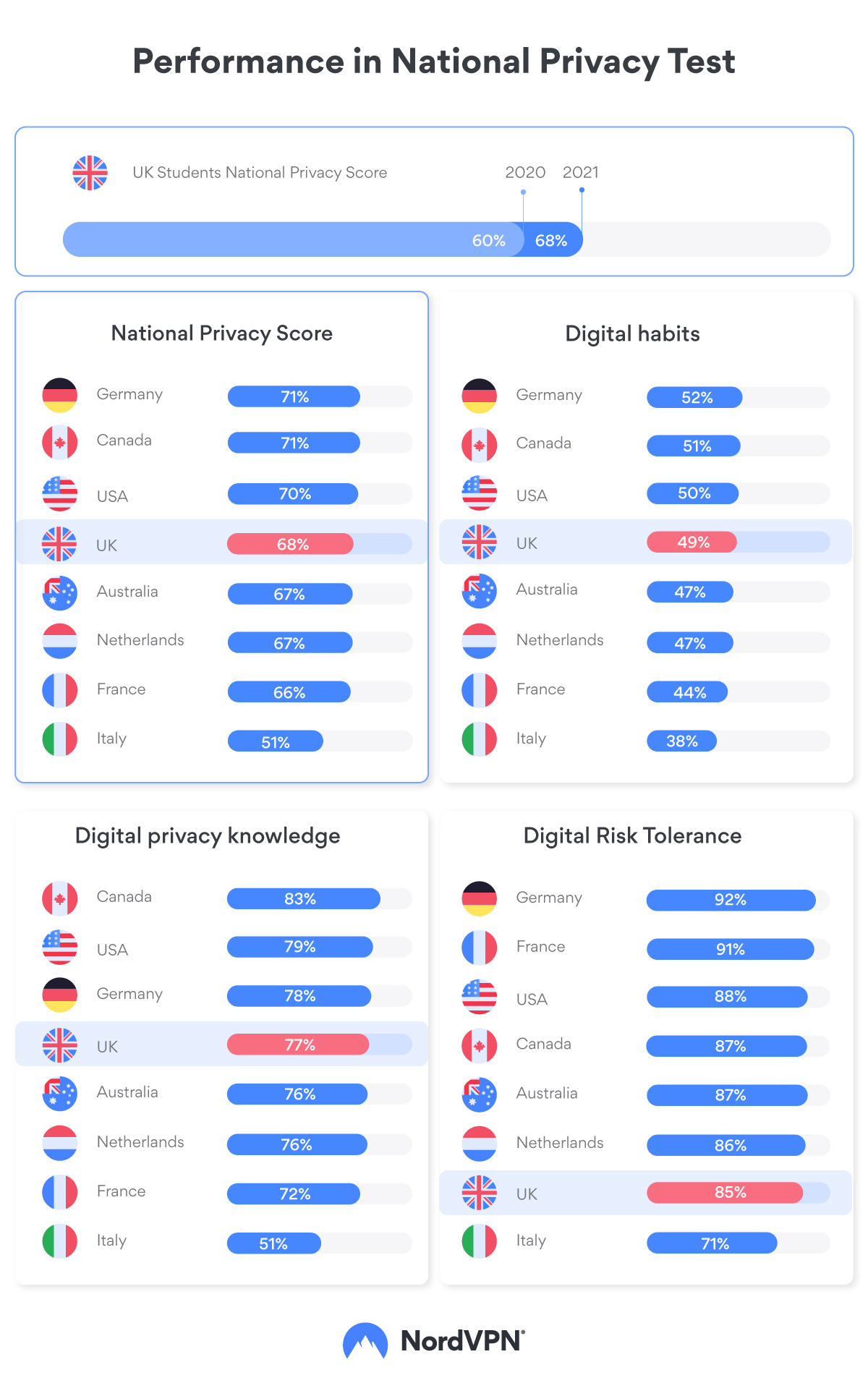 The cost of poor digital habits

Online security starts with the right digital habits. Even simple things such as reading the Terms of Service or updating your device on time might be a game changer. But who has time for that? Not many people, apparently.

The next time you’re tempted to postpone an update, just remember that you could be leaving the door open to hackers. Cybercriminals often exploit known security vulnerabilities, and according to survey data, this scenario might be more common than you think.

Featured The history of cybersecurity

Test results vary widely across countries, from 51/100 in Italy to 83/100 in Canada. UK students are among the most advanced demographics in digital privacy knowledge, with a score of 77/100.

The results also show that many misconceptions persist. A staggering 49% of all respondents in the National Privacy Test believed that clearing their browsing history made them more private online. But this is completely untrue and may give people a false sense of security.

How to handle a phishing email

So how do people handle online threats when they encounter them? The Digital Risk Tolerance score evaluated how people reacted to fake emails, suspicious logins to their accounts, and data breaches.

German students were again leading the list with 92/100, followed by the French (91/100), and Americans (88/100). Brits scored 85/100, which also indicates that most of them know how to handle phishing emails and protect their privacy.

How can Britain stay ahead of the curve?

While British students have a greater understanding of internet threats than Italian or French students, they still have room to improve. One click on a fraudulent ad can be enough to expose passwords, credit card details, and other personal information.

And while Germans were among the top performers in all categories, next year it could be a different story. Threats evolve, hackers change their tactics, and new viruses appear every day.