It’s official — NordVPN is the fastest VPN on the market

NordVPN has always been fast. We were the first VPN to get a Speedtest Recommended badge, and we consistently rank among the fastest VPNs on tech review sites. However, this year NordVPN brought out the big guns with major speed upgrades.

The biggest one is the brand new NordLynx protocol. Built on the incredibly lean architecture of WireGuard®, it provides a lightning-fast connection like no other protocol. We performed a total of 256,886 tests and saw significant speed improvements when compared to other protocols.

The time came to see how NordVPN stacks up against other major VPNs. AV-TEST, an independent IT security institute, took the seven biggest players on the VPN market and compared their performance. We knew we’d do well, but this was on a whole new level.

How the test worked

First, AV-TEST established a benchmark. The testing tool ran in all three locations with no VPN. Then, each VPN product was tested for all three regions on the same hardware. For accuracy, all tests ran five times with a minute break in between.

When it comes to download speed, all VPNs performed best in the US; for the upload performance, the services got the best results in the EU. But in each region, NordVPN did significantly better than the industry average.

In Asia, NordVPN was nearly twice as fast as the next two VPNs. NordVPN’s download speed was 527.1 Mbps, while the next best VPN managed a mere 282.5 Mbps.

All VPNs showed the best download speed performance in the US. NordVPN outperformed the other six VPNs, beating the second-placed VPN by more than a quarter. 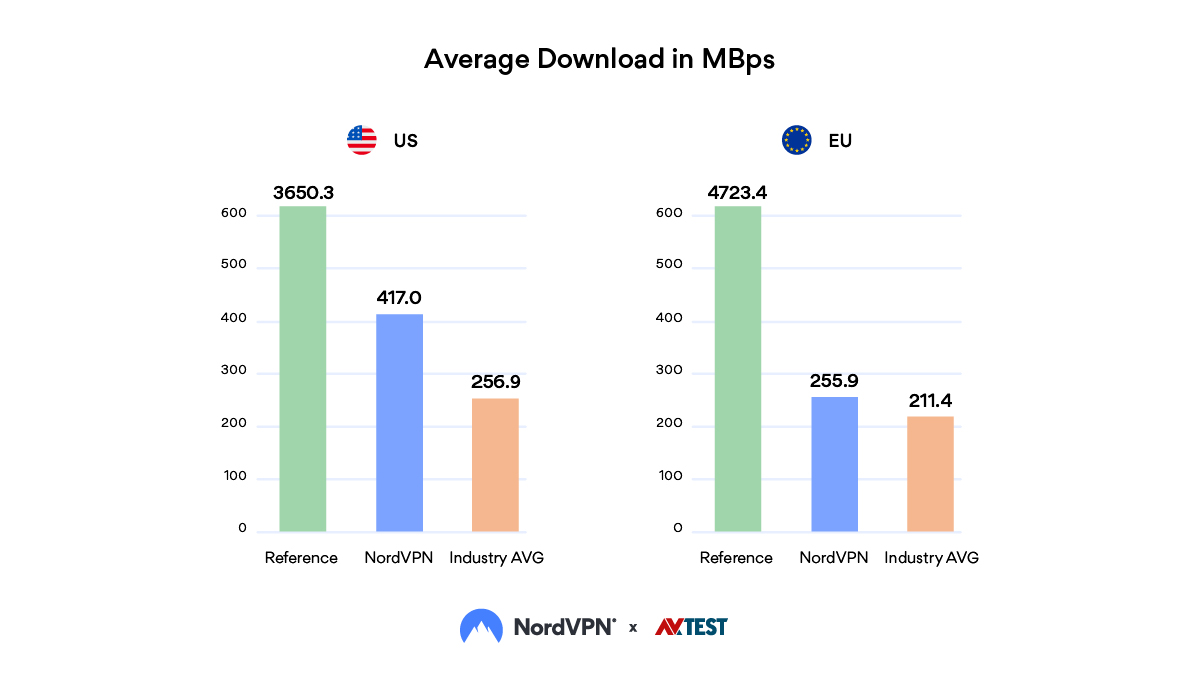 When it came to the upload speed, NordVPN outdid its competitors by a considerable margin once again. In Asia, NordVPN surpassed the second- and third-placed VPNs by over 50%. NordVPN’s upload speed was 431.2 Mbps, while the second and third places produced 278.4 Mbps and 270.7 Mbps, respectively.

All seven products measured the fastest upload speed in the EU. NordVPN outperformed the next best VPN nearly twice with 541.9 Mbps — the second-placed VPN’s speed was 300.5 Mbps.

In the US, NordVPN defeated its competitors once again. Its upload speed was 324.0 Mbps compared to 282.8 Mbps by the next best VPN. Here’s how we stacked up against the rest of the industry in the US and EU: 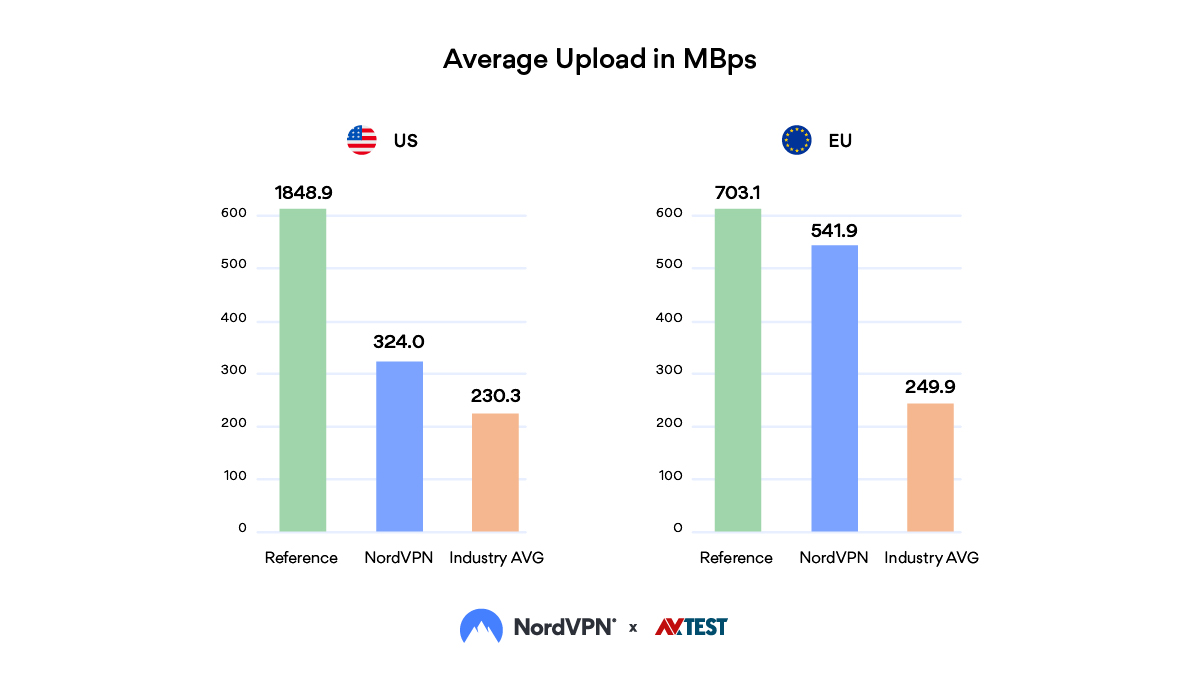 There’s no question about it — NordVPN is the best VPN when it comes to speed. Want to experience NordVPN’s blazing speeds? Try the NordLynx protocol by going to the Settings menu in our app. Want a more detailed look at how the AV-TEST went? Check out the full report here.

For more cybersecurity news and tips, subscribe to our newsletter below!

Also available in: Svenska and 日本語.

How do mesh networks work?

VPN not connecting: the biggest problems and how to fix them