What does the EARN IT Act mean for online privacy?

A new bill is making its way through the US government at the moment, which some claim will threaten privacy and internet freedoms. Its proponents insist that it will help stop the spread of illegal content online, and make big tech companies more accountable. So which is it? 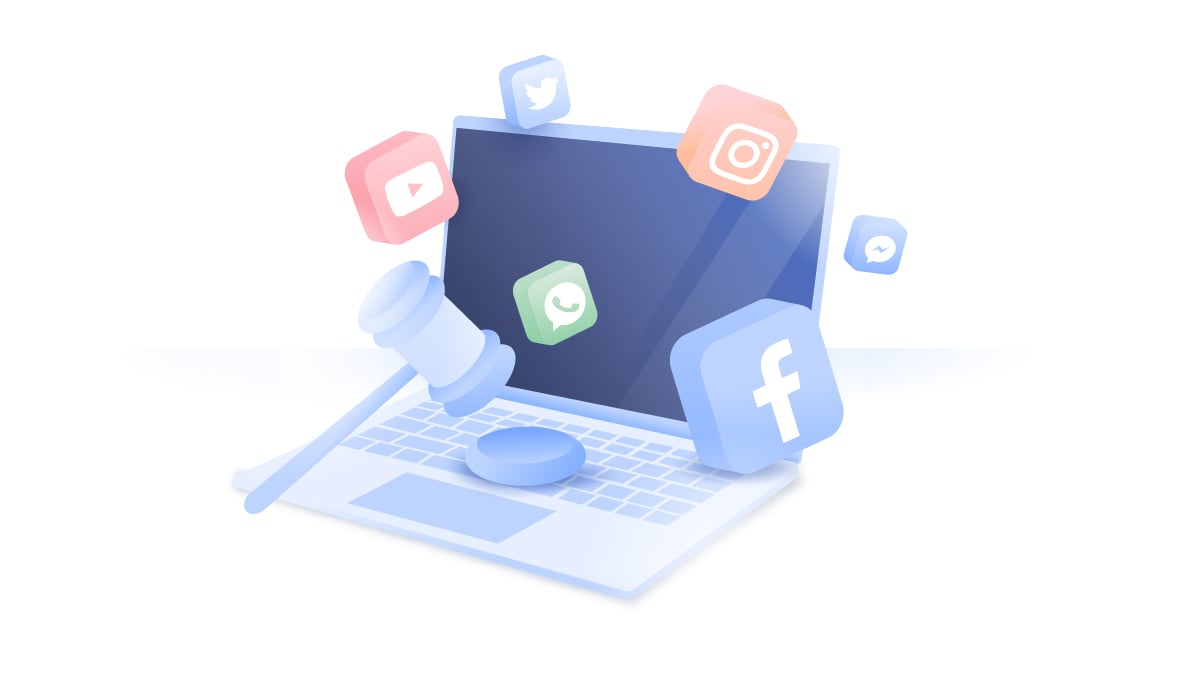 What is the EARN IT Act?

The EARN IT Act is a bill that could be passed in the US in the near future. Its most eye-catching feature is its capacity to narrow the scope of Section 230 of the Communications Act of 1934.

Section 230 is the legislation that social media companies cite when arguing that they cannot be held legally responsible for what their users post. By narrowing the applicability of Section 230, it would theoretically force online tech giants to be more proactive in removing illegal content.

When it comes to illegal content, the EARN IT Act is primarily being promoted as a way to combat the dissemination of child abuse images through social media and other online forums.

Why is the bill so controversial?

Campaigners against the bill argue that limiting Section 230 will encourage social media companies to infringe heavily on the privacy of their users.

Previously, companies like Twitter and YouTube have been able to separate themselves from their users thanks to Section 230’s statement that “interactive computer services” are legally separate from their users, who create and post the overwhelming majority of the content on these sites.

With the introduction of the EARN IT Act, that could change, and companies could be put in the almost impossible situation of trying to moderate the daily uploads and communications of hundreds of millions of users.

The argument against the bill

The argument against the bill is fairly simple. Social media companies, many of which already have a poor reputation for protecting user privacy, could essentially be penalized for not adding further surveillance measures to their sites.

This poses a particular challenge for services like WhatsApp or Signal, which use end-to-end encryption . A site might not be able to view the communications of its users, but in theory could still be liable for the criminal content of those communications.

Privacy advocates and other organizations are concerned that this bill could pave the way towards a less private Internet, threatening personal liberties and the use of end-to-end encryption.

The argument for the bill

Supporters of the EARN IT Act claim that these objections are overblown, and that the only people being targeted by the legislation are criminals.

The bill is primarily focused on the protection of minors, and could help tackle the growing problem of child abuse images being shared online. Furthermore, it may encourage tech giants to work harder to make their services safe for users.

According to those promoting it, the act could also make it easier for victims of child abuse to sue companies that failed to remove related illegal content from their platforms.

The ongoing tension between governments and big tech

Regardless of which side of the argument you take, this is clearly an issue that isn’t going away anytime soon. Governments are gradually waking up to the dominance of tech giants and social media companies, and are yet to work out an effective strategy for their regulation.

End-to-end encryption and other privacy-focused systems create real challenges for law enforcement, and then there’s the ongoing debate over who should actually be responsible for content generated on these sites.

From legislation targeting social media companies to the covert use of encryption backdoors, governments are testing out a variety of different tools. How effective, practical, and ethical these tactics will be remains to be seen.

This conflict will continue into the future, and for now it’s still not clear who will come out on top.