Creepy websites that know everything about you 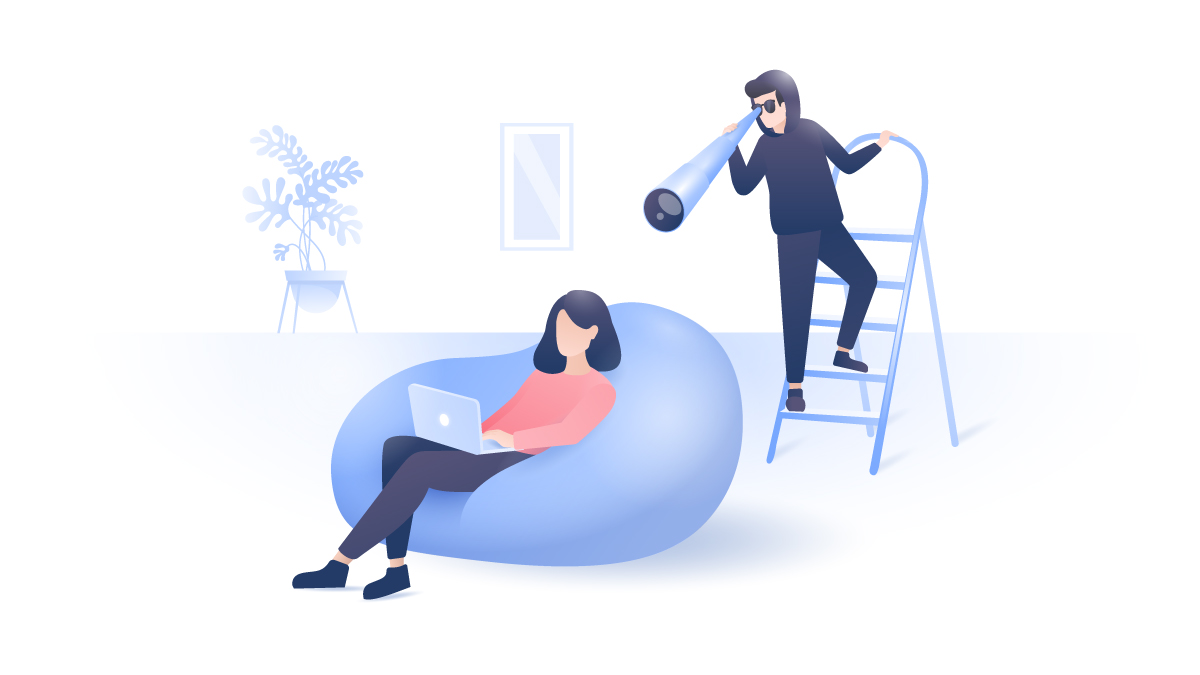 Before we begin, one quick point – naturally, Facebook and Google should be at the top of this list. Both have become titans of business by wringing every bit of data out of you (you can start making your social accounts more private here). They’ve been caught lying, spying, and backpedaling to get what they want. However, this list is going to focus on new and maybe less-known sites or cases. Here goes! 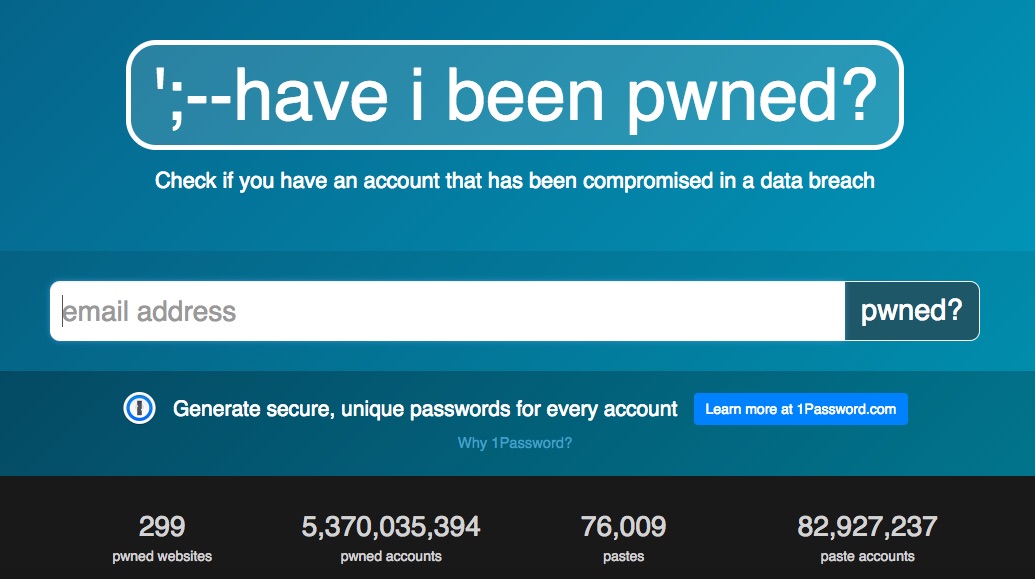 Bookmark this website right now so you can go back and use it every few months – it’s a critically important tool. Haveibeenpwned.com keeps track of data breaches and leaks by gathering data about the accounts affected. Just enter your email and the website will reveal whether your password has ever been leaked.

Given the frequency and scale of data breaches these days, it’s highly likely that your email will be at least somewhat compromised, especially if you’ve been using it to create accounts on other platforms. It’s a scary, eye-opening look at just how widespread cybercrime or careless security can be. 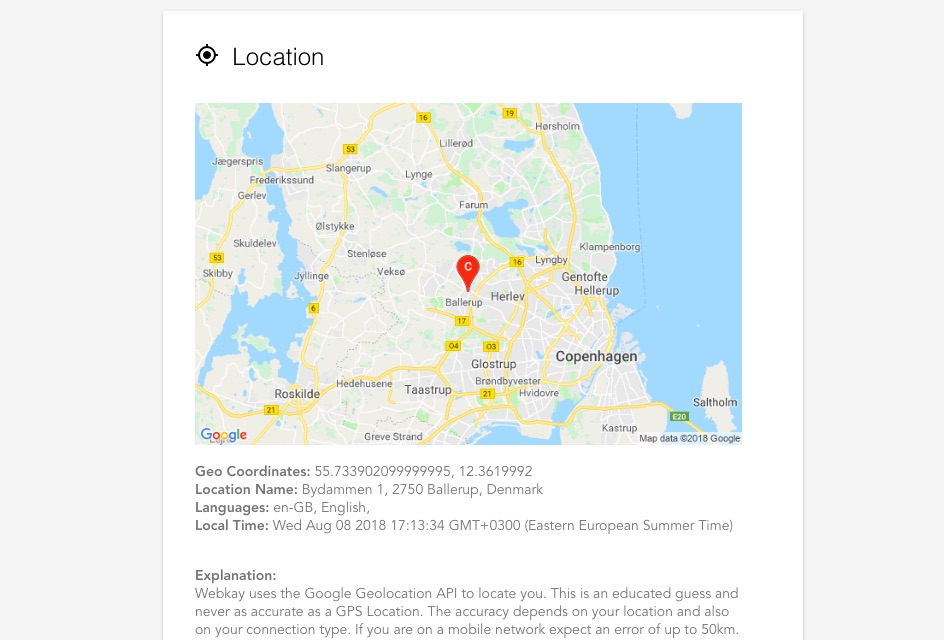 You’ve heard that cookies and tracking pixels can gather tons of information about you. Europe’s GDPR has made it harder for many sites to do so, but did you know that your browser can say a lot about who you are?

That’s what Webkay, a website run by developer Robin Linus, does. When you visit it, it does what thousands of other websites do – it gleans every single bit of information it can, like who you are, where you’re from, and how you’re using the site.The only difference is that Webkay shares those discoveries with you rather than data mining companies. It also gives you tips on how to protect your information from being revealed (hint: using NordVPN can also help with a lot of those issues!). 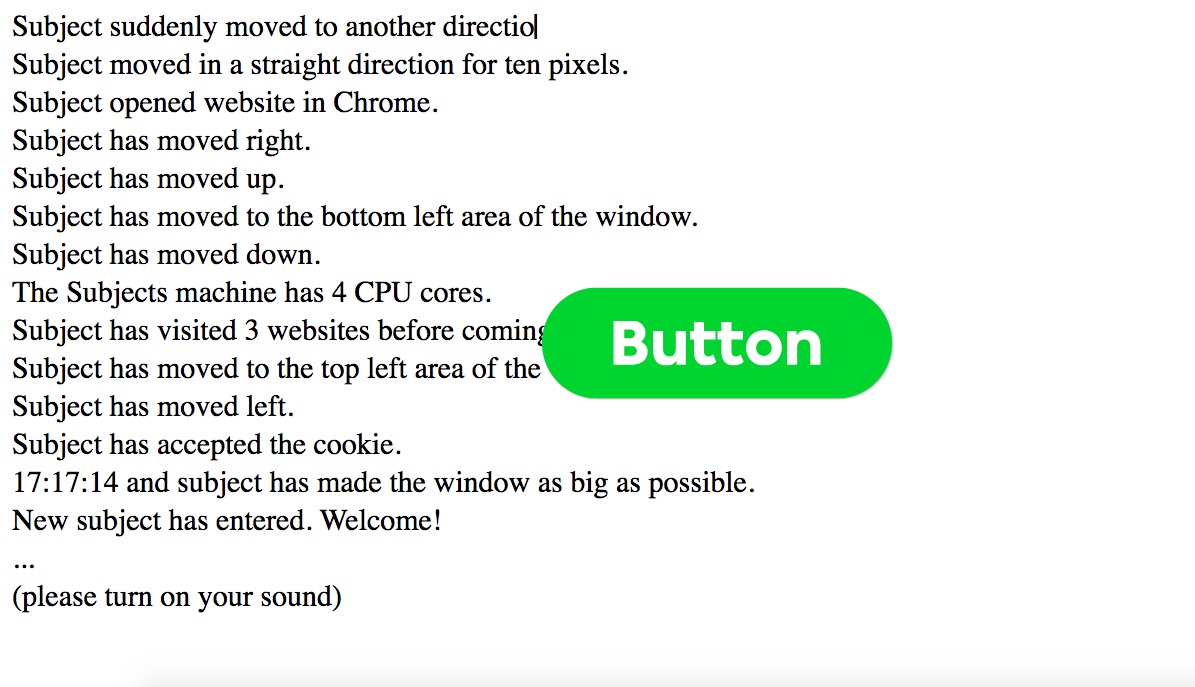 This fantastic website turns web monitoring into a game. It tracks every single action you take and records it on-screen while a narrator comments on your behavior (it’s worth turning on your sound for the creepy, tongue-in-cheek commentary). It even generates game-like achievements! This illustrates a significant point – clever designers can create sites that trick you into letting your guard down and giving away more data than you should.

In any case, all of the information it collects can be statistically analyzed to identify your gender and other traits, even without the use of cookies or tracking pixels, and despite most common security and privacy measures. When you’re online, don’t forget that someone’s always watching you! 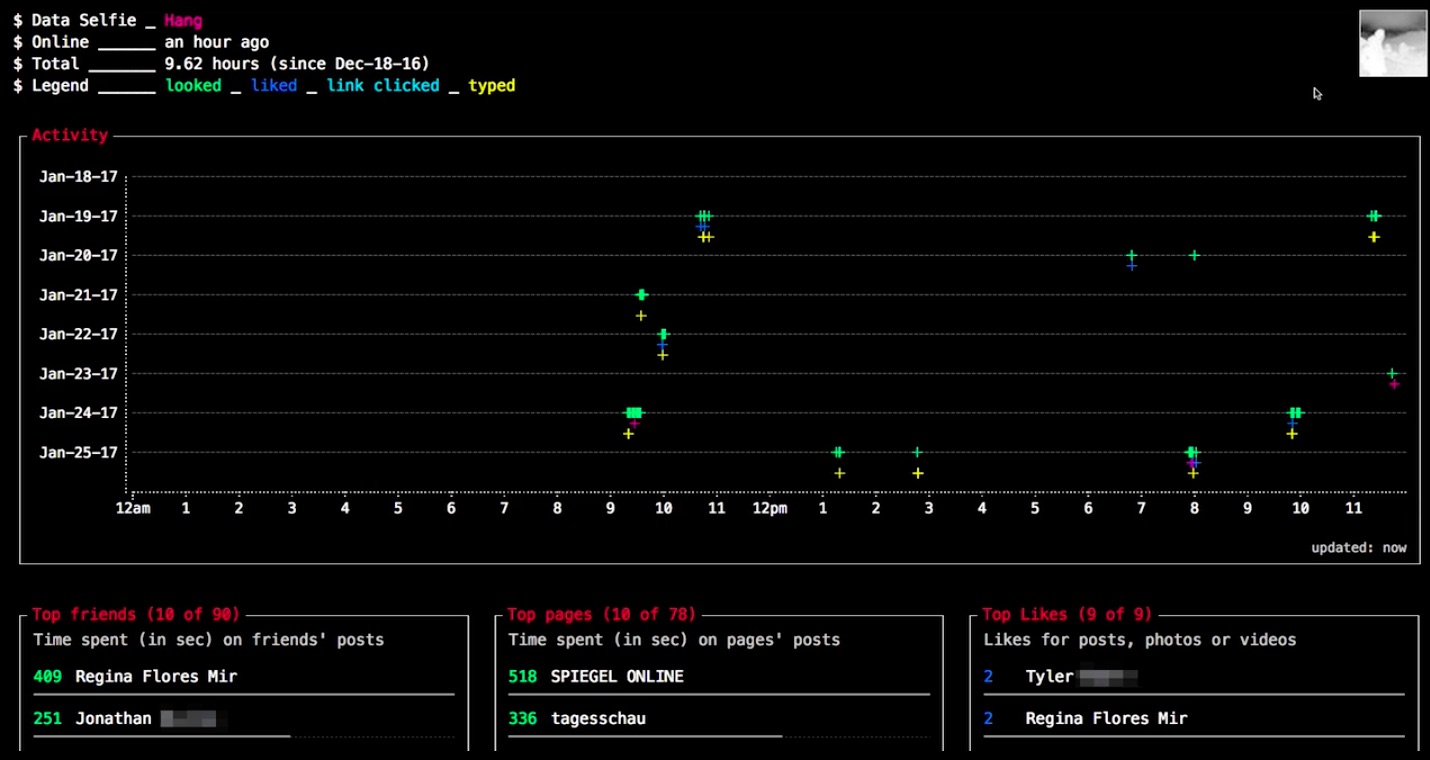 This one’s actually a Chrome browser plugin rather than a website, but it’s still a great example of just how unsettling big data can be when you get to look under the hood. This plugin basically just copied Facebook and tracked you in almost every way that Facebook does. Instead of monetizing the data, the plugin lets users see the information it had collected and the uncanny data profile it could create using the same methods that Facebook used.

The plugin has since been shut down, but this video shows what the experience was like and what the app could have discovered about you. 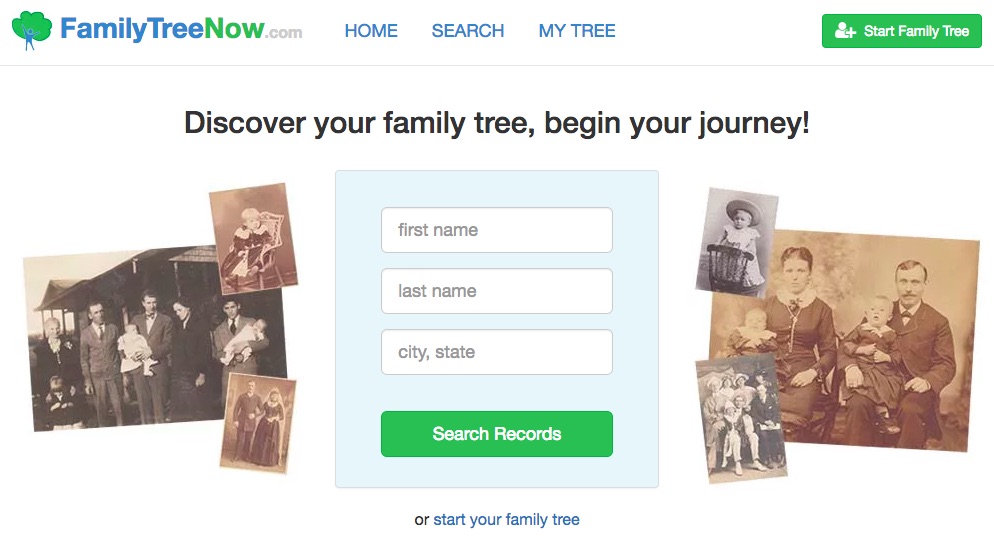 Familytreenow.com is a free genealogy research website that tracks people living in the US by using publicly accessible documents. While you can use it to find family members, there’s no escaping the fact that it’s an invasive tool that can be used to stalk you on- and off-line. It’s enough to have your full name to find out:

The site promises even more documents if you pay, but I decided against that luxury.

Go ahead and put in your full name to see how much info about you is easily available. Then, to see just how invasive this service can be, consider looking up a close friend or family member.

If you find it scary, which most of us do, then click here to visit their opt-out page. This will allow you to remove your records from familytreenow.com, but all of that information may still be available in the public domain from government websites or other locations. However, it will become that much harder for any stalkers to find this information when it’s not all in one place.

23andMe.com brought genealogy research into the modern age. It uses customers’ genetic data to trace where they’re from, who they’re related to, and what illnesses they might have. All you have to do is buy a kit, spit in a sample vial, and send it back to them. Unfortunately, it appears that the company isn’t as altruistic as it might seem and might use your results in other ways as well.

So far, they have promised not to share customers’ data with third parties for advertising purposes. However, Google once also promised that it wouldn’t collect data or sell it to advertisers – and look where we are now. It also doesn’t help that 23andMe board member Patrick Chung was quoted saying that profiting from data collection has always been the real goal of the company: “The long game here is not to make money selling kits, although the kits are essential to get the base level data. Once you have the data, [the company] does actually become the Google of personalized health care.”

Once 23andMe has your genome sequenced, here are a few things that can happen: 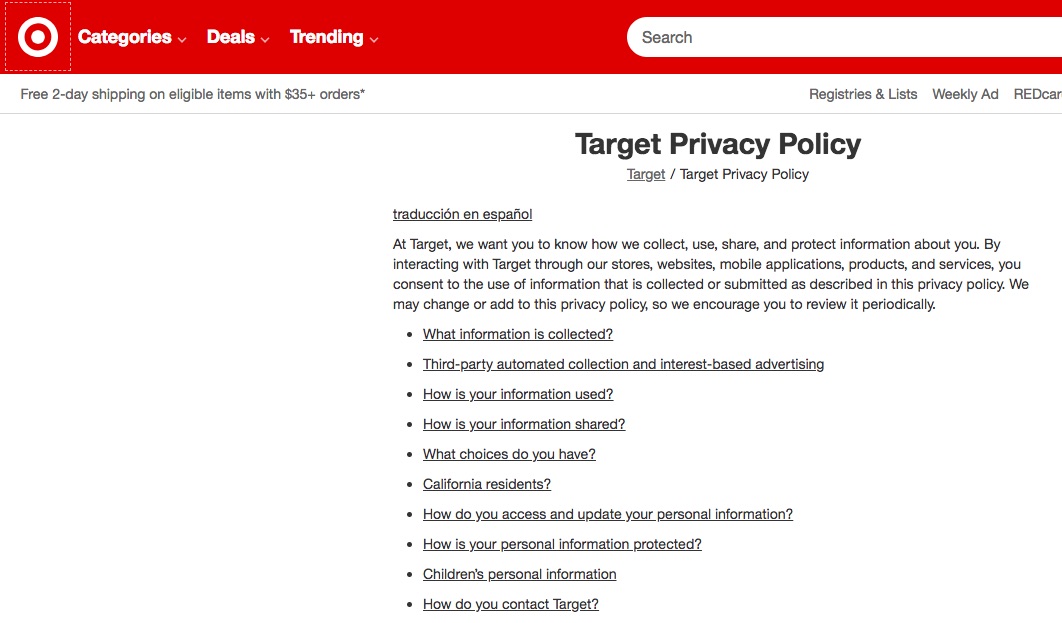 Target isn’t much different from any other company that tracks its customers’ shopping patterns. However, their strategy for targeting pregnant women wasn't greeted very well by their customers.

Pregnancy is a sensitive and private time for many families. Some might share photos of their baby bump, while others choose to keep it a secret. That’s why many people were uncomfortable to discover that Target was combining data from their customers’ profiles to target pregnant consumers. They created these profiles using credit card numbers, discount cards, emails, names, third-party data, and anything else that could track an individual’s purchases. Women were assigned “pregnancy scores” based on the products they bought and were targeted as early in their pregnancies as possible – often before they had even decided to tell the world.

In one case, an angry father complained to Target that they were sending his teen daughter coupons for pregnancy products – only to discover that she had been trying to hide her pregnancy from him. Creepy, huh?

How to protect yourself from creepy websites

These creepy websites tell a lot about us, from what we do online to our genetic data. More importantly, they show how easy it is to gather this information and how profitable it is. In some cases, completely evading the companies tracking you may be impossible. However, you can minimize what they know by:

Next read Why LGBTQ+ online security is so important Daniel Markuson · Jul 29, 2021