Can you trust cryptocurrency?

Would you feel safe making an online payment with cryptocurrency? According to a new study by NordVPN, 7 in 10 Amercians have security concerns about digital currency transactions. So why are people worried? And what can you do to protect yourself online?

A new NordVPN study has found 7 in 10 Americans would have concerns about the security of purchases made with cryptocurrency.

They expressed unease about the prospect of cryptocurrencies becoming the standard for online purchases, along with a range of related worries. 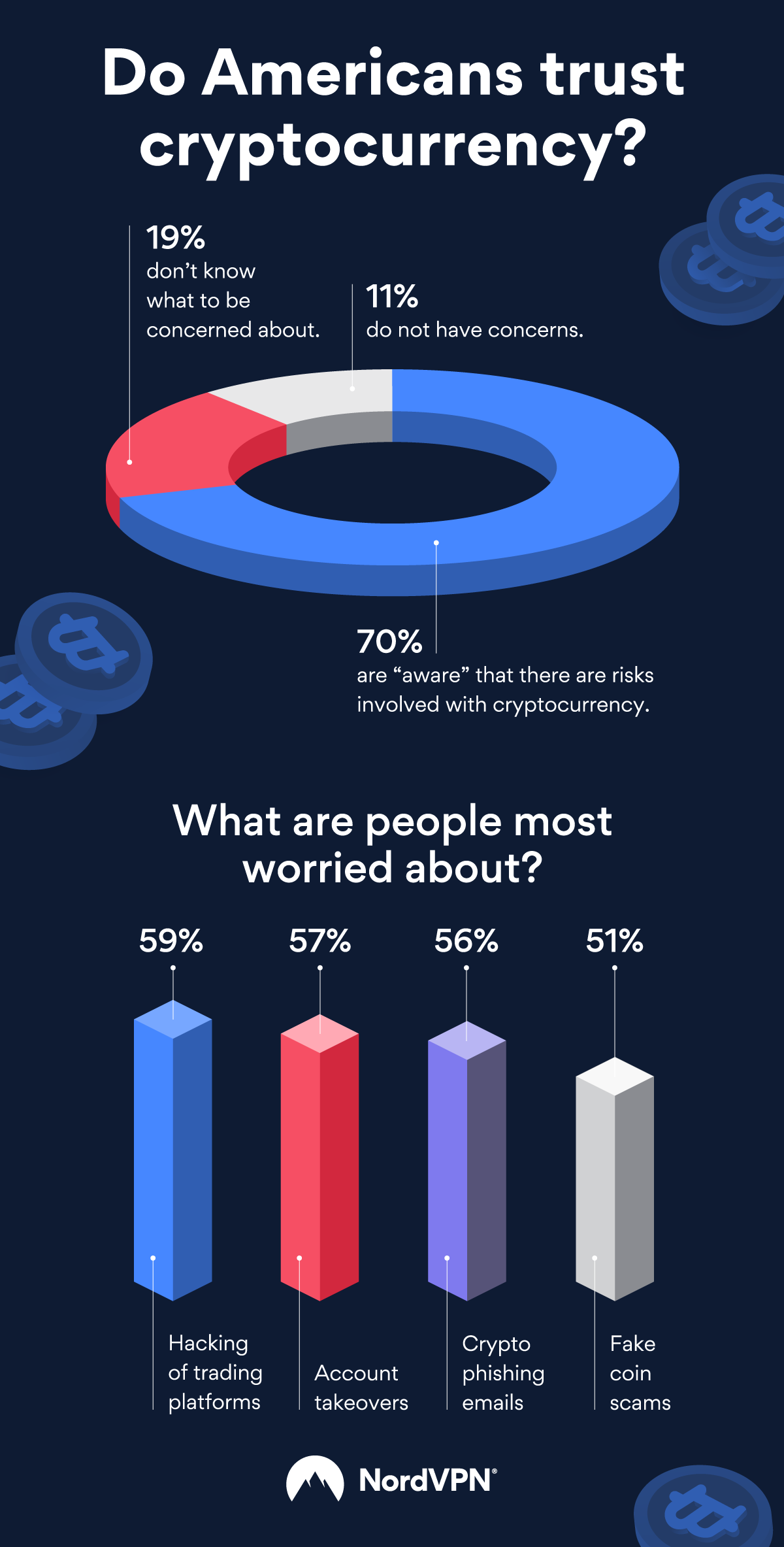 The survey, which included more than 1000 respondents in the US, found that 68% of respondents were “aware” that there were risks involved with cryptocurrency.

These risks that people were aware of included:

69% of all respondents had some understanding of what cryptocurrency is, and how it could be used, but concerningly, 32% of that group did not report any awareness of the associated risks.

Looking at these results, there’s good news, and bad. The good news is that, as awareness around cryptocurrencies grows, people are becoming more conscious of the risks involved with this technology.

The more understanding individual consumers have of cyber threats, the better equipped they’ll be to protect themselves.

However, the bad news is that 32% of the people, while being aware of cryptocurrency, don’t seem to know much about the dangers of crypto-related crime and cyberattacks. As use of digital currencies become more widespread, that lack of awareness could be a real problem.

However, this is just part of a larger, more troubling trend.

The real issue is that many people in the wider population, in the US and beyond, have a poor understanding of online risks in general.

In a world where the majority of the population now uses the Internet every day, cybersecurity awareness has never been more important. Here are three steps you can take right now to improve your online security.

28 bad internet behaviors and how to fix them