As online threats grow more diverse, VPNs and antiviruses have started offering more wide-ranging security solutions. As a result, their features often overlap. Let’s look at how these two services compare, and find out which one is right for you. 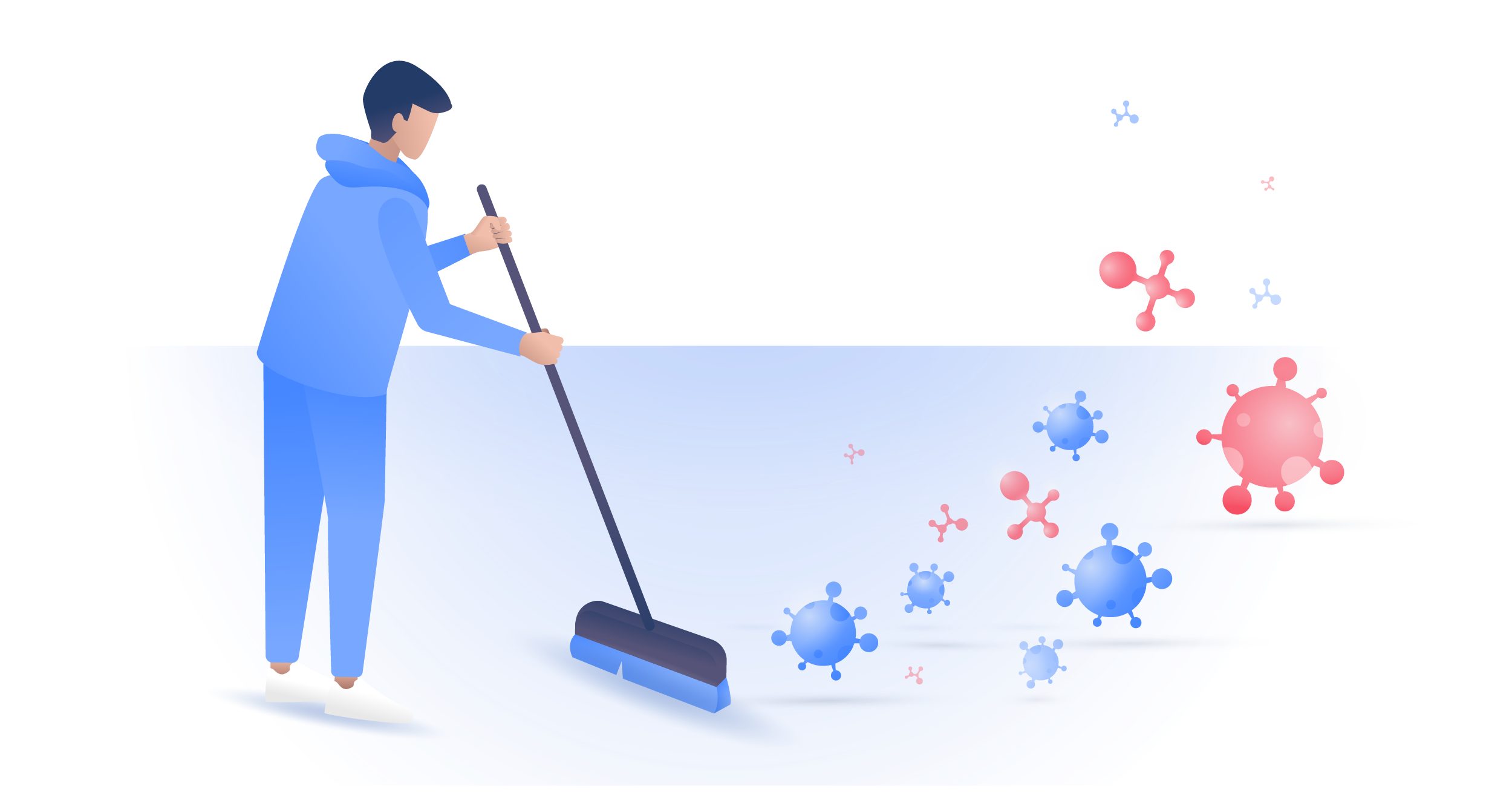 Antivirus software protects the user’s device. This software monitors the computer and scans any new files for potential threats. A VPN, on the other hand, is a system that primarily focuses on protecting data in transit. It encrypts the information that comes and goes from your device.

Here’s a two-minute video that explains this difference in another way.

The main purpose of a modern antivirus is device security. This software will attempt to spot and block any malware or viruses from infecting your phone or laptop.

It’s very hard to be sure about the safety of a file or an online link. In a way, antiviruses allow you to make mistakes. If you click on a malicious link by accident, your antivirus will often be able to recognize and remove it. Here are some other benefits of an antivirus:

For example, Avast's free antivirus software was found to be collecting users’ browsing histories and selling them to advertisers. Whenever you're looking for an online security service, it's always worth going for a premium option.

Like an antivirus, a VPN protects the user from online threats. But it does so by encrypting the user’s internet traffic and rerouting it though a remote server. In this way, the user’s IP address, their location, and their private data are all hidden. This will keep a user's private information shielded from hackers, criminals, and even their internet service provider (ISP).

If we think about antiviruses as a passive protection method, VPNs are the opposite. You can experience the benefits of a VPN as soon as you turn it on.

To avoid these drawbacks, make sure to use a high-quality VPN that you can trust. While free VPNs claim to offer all the same benefits as their paid counterparts, that's really not true.

VPNs and antiviruses both protect your digital security but they do it in different ways. Can they be used together? Absolutely. In fact, using an antivirus with a VPN may be the best option because you can protect your device and your internet connection at the same time.

Sometimes features offered by your VPN service and your antivirus will overlap. For example, NordVPN has a feature called CyberSec, which blocks ads and malware-hosting websites, and protects your device from botnet control. At the same time, some premium antiviruses can also have ad-blockers and similar features.

Antiviruses and VPNs protect you from different threats, so both are useful. When you’re browsing the Web, a VPN can shield you from a variety of dangers including tracking, man-in-the-middle attacks, Wi-Fi spying, and more. And if you happen to click on a malicious link, your antivirus can jump in and limit the damage caused to your device.

If you want a high level of online security, we recommend that you use both of these tools. Antivirus software on its own might not be enough, but when paired with a premium VPN, it can offer outstanding protection.

Get NordVPN
Learn More
Also available in: Deutsch, English, 繁體中文 and other languages .