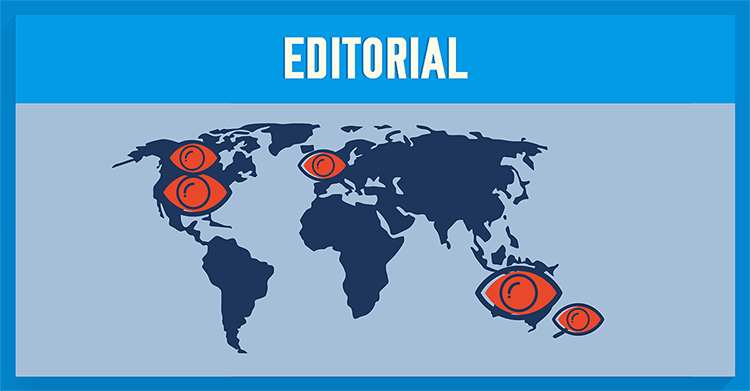 What is Five Eyes Group?

The Five Eyes is an alliance group between five countries of the world, namely USA, UK, Canada, Australia and New Zealand. The intelligence alliance group is a comprehensive espionage alliance and is a surveillance arrangement of the member countries. Five Eyes, or FVEY, as it is often abbreviated, first began its operation as early as 1946. Back then, it was an agreement between USA and UK as part of the Atlantic Charter which laid out the policies and goals of the Allied Forces after World War II. The secret treaty signed by the USA and UK was the basis of signal intelligence between the two nations then and continues to be of the same importance to this day. The cooperation of the two nations resulted in the interception of signals between and within the two nations. After the Second World War, Australia, New Zealand and Canada were also incorporated in the agreement.

FVEY has been used by the countries to help one another in monitoring communications and spy on people within and among their countries. The organization does not answer to any of the international laws and is used as a means by the member countries to get past the guidelines and red tape when they want to dig a little deeper into the communications within their nation. Other countries can intercept the signal within a country and share it with the concerned country. This forms a network among the five countries, where they help each other spy on their citizens.

How it threatens you

The working of Five Eyes goes way deeper than simply sharing information with one another. Senior officials within secret organizations of the member governments, like NSA and GCHQ, collaborate with one another to share all kinds of information. Any information can be asked for by a member country on a “don’t ask” basis, which is a mutual understanding between the countries.

Edward Snowden, the whistleblower on NSA’s operation, claimed in an interview how Five Eyes goes much deeper than the functioning of organizations like NSA. Since everyone knows how exhaustively NSA spies on its citizens, one cannot imagine to what extent the Five Eyes spies on people. Their operations and powers are still not known, giving them an even more discreet outlook. But one thing is for sure; what started as a means to fight terrorism has become a means to spy on the people and abolish the concept of privacy.

What you can do

Since Five Eyes can and do spy on the activity of all their citizens, the concept of individual privacy is well on its way to being forgotten. To protect yourself from all your personal information being recorded and all your communication and internet activity monitored, you can use a VPN and other online security tools.

VPNs encrypt your online data, thus bypassing data retention by both governments and your internet service providers. A virtual Private network, functions like a secure tunnel for your communication. The essential part of an effective VPN in this case – is choosing one that does not keep logs and has a strong encryption. NordVPN focuses on meeting this criteria with a zero log policy and 2048 bit SSL encryption as well as additional security features like Double VPN or Tor over VPN.

10 Reasons to Hide Your IP

How to recognize the Google Critical Security Alert scam