Since the beginning of the pandemic, Zoom has exploded in popularity as people shifted to online communication. However, it was soon discovered that the app has security vulnerabilities and might threaten your privacy. As the pandemic continues, people will continue to rely on conferencing apps to speak with their relatives. Which of them are the most secure and could be considered good alternatives to Zoom? 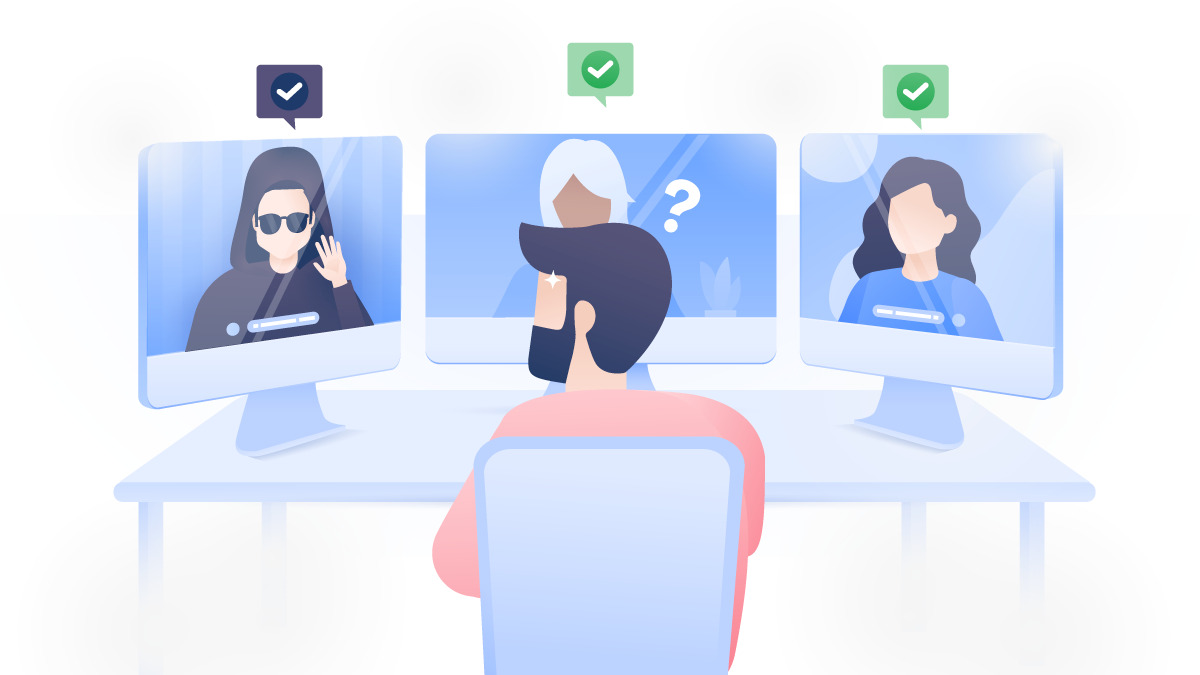 Is Zoom safe to use?

When Zoom downloads skyrocketed in March, so did security incidents. Researchers discovered one flaw after another as the app developers raced to patch them. Strangers were intruding on other users’ meetings, as most of those were unprotected and anybody could have guessed your meeting URL.

Cybersecurity experts also found bugs that could take over the administrative privileges of your computer, install programs, and even spy on your camera.

In April 2020, more than 530,000 Zoom account credentials were discovered for sale on various hacking forums.

Zoom has been working hard to improve their reputation and even introduced end-to-end encryption to its service. However, its security and privacy are still questionable. 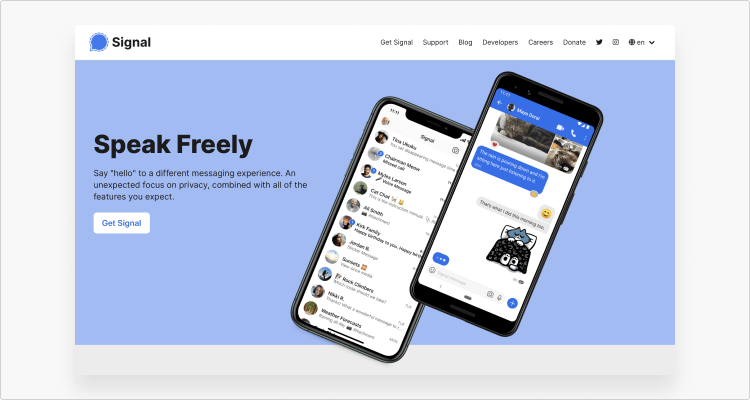 The NSA whistleblower Edward Snowden once said he used the Signal app every day. Since Snowden has become the symbol of online privacy, his words speak volumes.

Signal encrypts your text messages, calls, and video chats, so no data can be viewed by third parties. It’s an open-source tool, therefore anyone can check its code and look for security flaws. Signal is free to use, making it one of the most desired video chatting apps. It also supports group calls. 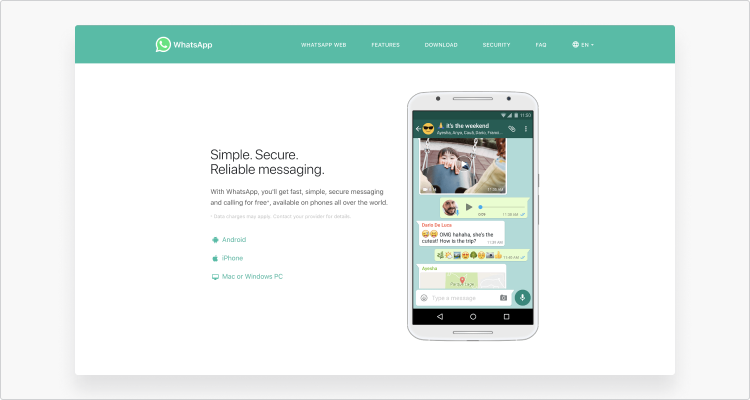 WhatsApp is a private messaging service owned by Facebook and, as Zoom alternatives go, it's pretty good. You can make end-to-end encrypted video calls for groups of up to eight people, allowing for safe socializing and family events. The app is simple and intuitive, too, so it’s an appealing option among less tech-savvy users.

Of course, the elephant in the room is WhatsApp's recent controversy surrounding user data. Firstly, the service has been gathering much more data from its users than other similar platforms. Then, just as people were starting to question this, a badly worded update to their terms of service seemed to reinforce the false rumors that Facebook was harvesting data from the messages and calls of WhatsApp users. Alongside this controversy, users should also be aware of any potential scams on WhatsApp.

None of this really changes the baseline security of the app itself. Messages and calls are still protected with end-to-end encryption, and Facebook has no way of viewing the content of your WhatsApp messages. For now, WhatsApp remains a fairly strong alternative to Zoom.

Software The best encryption software to use in 2023 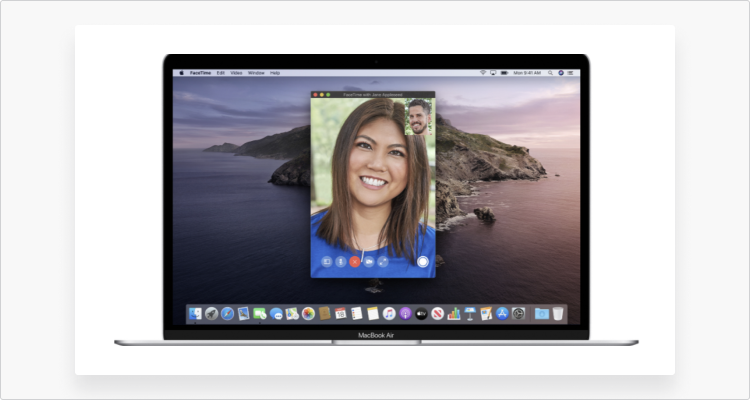 FaceTime works only across Apple devices, so some of your friends might be left out. You can add up to 32 people to a video call, which is a good number compared to FaceTime rivals.

Just like other Apple products, FaceTime has a decent reputation for its security and supports end-to-end encryption. The app is also known for its high-definition video, quick setup, and intuitive interface.

While Apple can track and log some details about the way you use their service — who you invite to a call, for example — they have no way of accessing the content of the calls themselves. They also delete those records after 30 days. 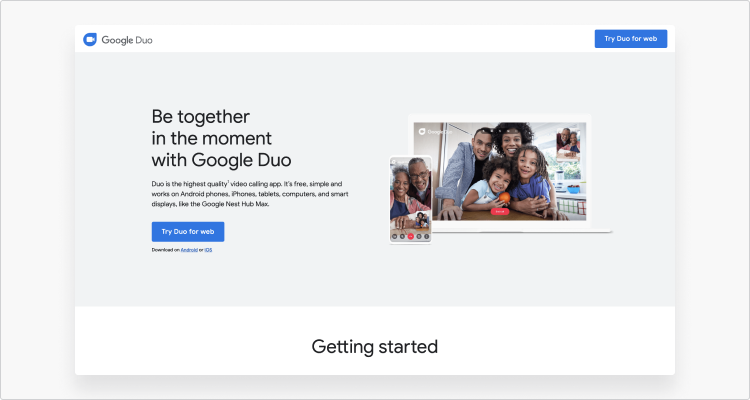 Google Duo doesn’t support instant messaging — only voice and video calls. However, you can send voice and video messages to your contacts as an alternative. The app also has a feature called Knock Knock, which allows you to view the video of the person calling you before answering.

The app allows you to have a video call with up to 32 people. If you’re a frequent user of online conferencing tools, you might give this one a try, as it also offers high-quality video.

Let's face it: Google has never had a great reputation for its privacy practices. However, the company states that nobody can see, hear, or record your video calls. They also use end-to-end encryption, so you won't have to worry about hackers intercepting your data. This is a decent option for personal security, although some people may find the connection to Google too much of a trade-off. 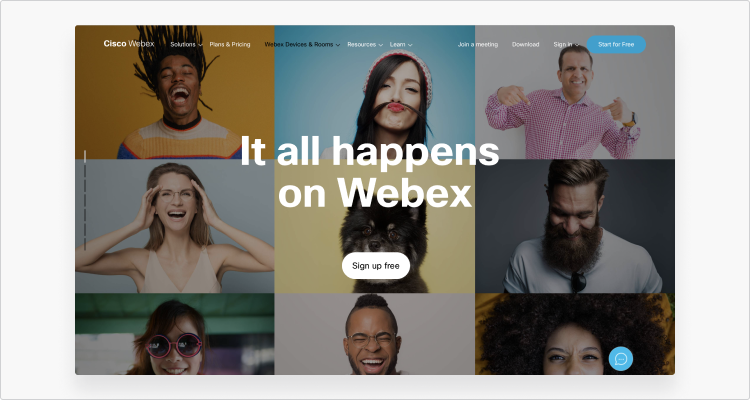 Like Zoom, Webex was widely used by corporate clients before the pandemic. It encrypts your data in transit and at rest, and has an end-to-end encryption option. Webex was developed by Cisco, which is known for its networking and security products. 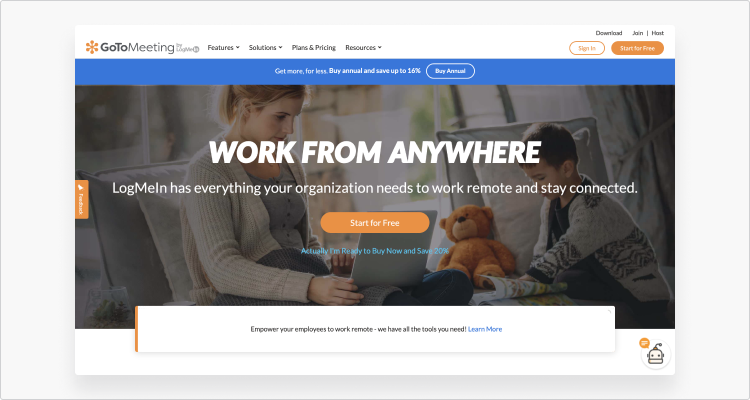 If you’re looking for an easy-to-use Zoom substitute, GoToMeeting might tick all the right boxes. You don’t need to have an account to join the meeting — a URL is enough. The regular subscription supports video calls with 150 people. However, you can get a special quote to host meetings with up to 3,000 participants.

GoToMeeting encrypts data streams and chat messages, along with your keystrokes and mouse movement. That being said, questions have been raised in the past over potential security flaws within the system, particularly for corporate clients. The company has apparently fixed these issues, but it's worth bearing in mind that some of these conferencing services were developed pre-pandemic, and are still tightening security to meet remote-working standards.

This is a good option for large groups, and is aimed squarely at a corporate, working-from-home demographic.

How else can you secure your online life?

There’s never too much security. We also recommend using NordVPN to encrypt your internet traffic and enhance your privacy. No matter what you do online, a VPN redirects your data through an encrypted tunnel, providing next-level protection for your browsing habits.

NordVPN also has the Threat Protection. It helps you identify malware-ridden files, stops you from landing on malicious websites, and blocks trackers and intrusive ads on the spot.

Take privacy and security into your own hands with a VPN.

The best encryption software to use in 2023