If you suddenly can’t access your favorite websites and online services, chances are you’ll immediately turn to Google to look for a workaround. With countries like Myanmar and Uganda adding new restrictions for their internet users, it would make sense to assume that search queries concerning blocked services would rise. However, new NordVPN research suggests that demand for restricted online content shrunk by 25%. 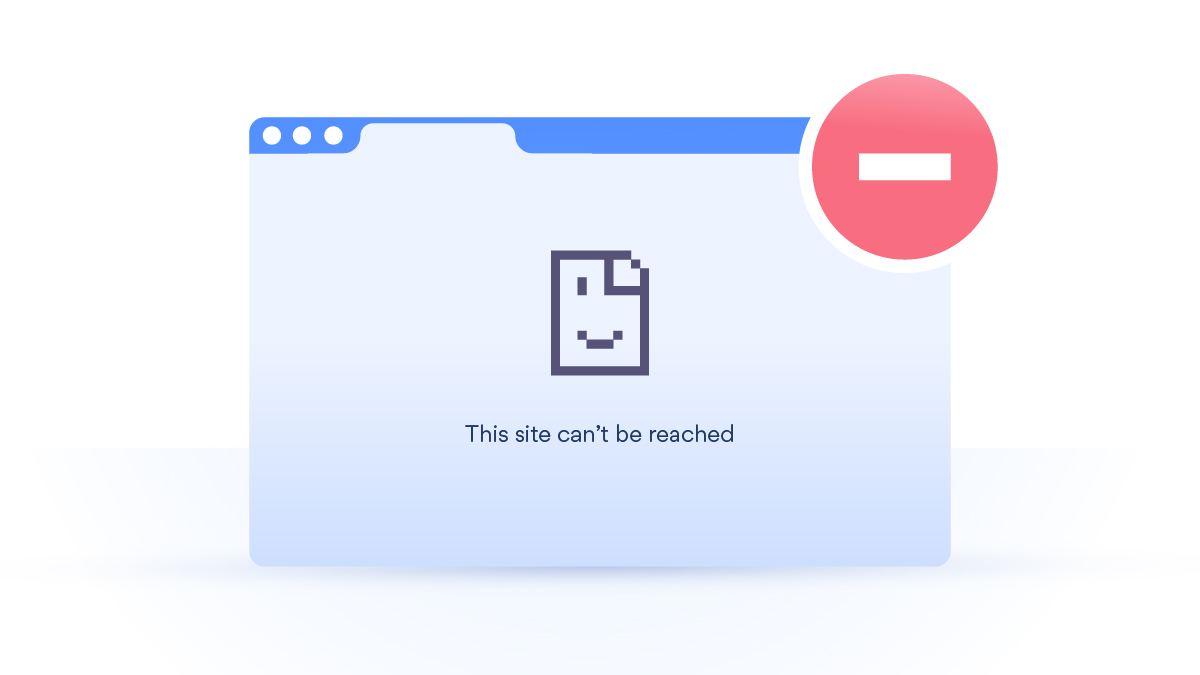 Researchers at NordVPN analyzed global Google search queries containing the word “unblock” from December 15 2020 to January 15 2021 and compared it with data from June 15 2020 to July 15 2020. The data is publicly accessible on Google Search Console.

What websites and services did users want to unblock the most?

One of the more surprising discoveries was that, compared to last year, more people googled how to unblock Google. It might sound absurd at first, but internet users were actually looking for a way to access the uncensored version of Google.

Just like last year, people wanted to unblock YouTube the most, but the demand has shrunk by 4% (78.7% vs. 82.7%). All other platforms grew slightly, with Google taking over second place and Facebook falling to third. 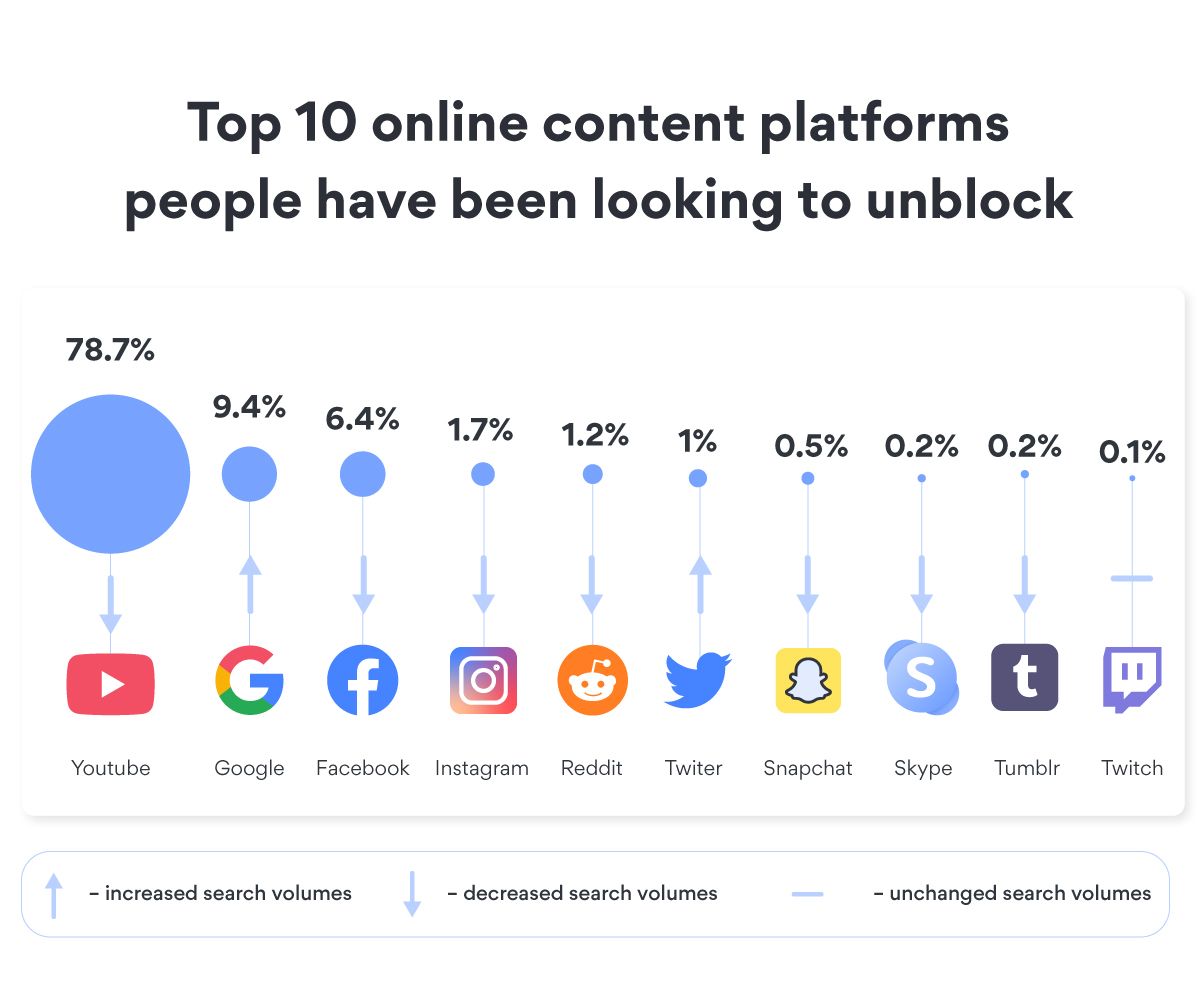 YouTube is the second most popular website worldwide, so it attracts a lot of traffic in the first place. But it also has an intricate copyright system in place. Some creators can choose to make their videos unavailable in certain regions. Government censorship also limits where certain videos can be played, and can even involve denying access to the platform as a whole. Local network administrators are also worth mentioning – a lot of workplaces and schools block YouTube to stop their employees and students from slacking off.

That’s also why the “unblock YouTube” searches dropped by 4%. With our kitchens and bedrooms transforming into school rooms and offices, many of the internet restrictions were gone. Internet users who wanted to procrastinate a bit were free to do so, and “unblock” searches declined.

Searches with “unblock Google” keywords grew from 6.2% to 9.4% – the most of all the “unblock” queries. Indonesia once again led the way, making up 31% of all the searches.

But why are internet users from Indonesia looking for a way to unblock Google on Google? Since 2018, a permanent SafeSearch mode is active on Google for all Indonesian users. It was introduced to prevent the citizens from accessing pornographic content or any information that’s considered to be negative towards the government or Islam. In an effort to access unfiltered Google results, Indonesian users looked for ways to unblock it.

These geo-restrictions work by denying access to users with IPs in certain locations. So the best way to unblock websites is to get a new IP and hide your real one. The fastest and easiest route is to use a VPN, but this is where a lot of internet users slip up.

People are likely to turn to free VPNs first. These might work for a while, but they are often unstable, slow, and unreliable. Not to mention that free VPNs may log their users’ activities and sell the data to third parties to make a profit.

A reliable paid VPN will not only hide your real location, but it will also prevent DNS leaks, encrypt your connection, and give you unrestricted access to the internet.

Changing your location is easy with NordVPN's 30-day money-back guarantee.