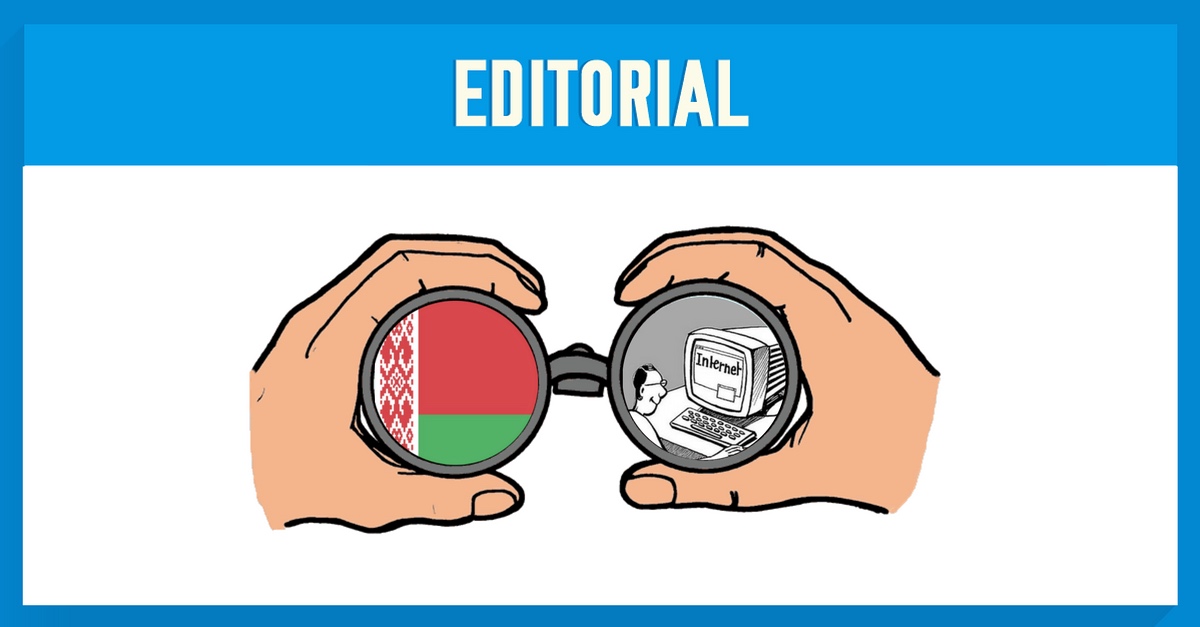 Belarus has been labeled “Europe’s last dictatorship”, and for a good reason. Alexander Lukashenko won a fifth term as president in October 2015, with no significant opposition candidate even allowed to run against him. The country has been heavily criticised by human rights groups for suppressing free speech, gagging the press and denying the opposition access to state media. It’s was included in the Reporters Without Borders list of Enemies of the Internet in 2006-2008 and then again in 2012. It hasn’t left the infamous list since.

Although both access to the Internet and the available content are heavily controlled by Belarusian authorities, the country does not have a specific data retention law. Instead, retention is mandated by several acts on drug trafficking and administrative violations.

In 2012, Belarus introduced a law that imposed restrictions on citizens and residents visiting or using foreign websites. Under the law, breaking these rules was recognized as a misdemeanor and punished by fines of equivalent to $120 – nearly half the $250 an average Belarusian was earning per year at the time when the law was passed.

The law also required Internet service providers, Internet cafes and even local networks within homes to be registered and to keep track of the sites users visited. Another requirement was to impose various censorship rules against pornography or “extremist” sites, which included independent news channels and blogs.

Another act covering data retention came into effect on January 1, 2015, as a part of a presidential decree on combat against drug trafficking. Among other new measures, ISPs were obligated to retain information about the date, time and duration of the Internet connection, as well as the amount of data sent and received. They also have to collect all Internet users’ names, passport data (collected when users sign Internet service contracts), internal and external IPs, and MAC-addresses of their devices. The data is retained for at least one year.

The main agency that can access the user data and holds significant control on the Internet access is Presidential Administration’s Operations and Analysis Center. Established in 2008, it ensures that data collected by Internet service providers complies with the law, and coordinates Internet surveillance operations.

Other institutions with access rights include the State Telecommunications Inspectorate, the State Control Committee, Prosecutor General’s Office and, last but not the least, KGB.

Unsurprisingly, groups such as the Viasna Human Rights Center have their doubts about the measures that are supposed to help curb drug trafficking. Their legal expert Pavel Sapelka thinks that “the authorities are more concerned with the restriction of access to the websites which disseminate undesirable information.”

In attempt to avoid local access constraints, Belarusian Internet users often turn to VPN. A service such as NordVPN reroutes all Internet traffic through an encrypted tunnel, shielding online activity from tracking, logging and restrictions.

To curb the attempts to bypass the restrictions, the Communications Ministry issued a decree targeting anonymizing services back in February 2015. However, the state seems to lack the technological capacity to mount a serious challenge to the ever-evolving privacy market. It took almost two years until Tor was finally blocked in December 2016, and it’s still unclear whether the service will remain unavailable in the future. Meanwhile, Belarusian users continue using various VPN services to break free from the information blockade imposed by the state authorities.

How to remove malware: the ultimate guide

Ransomware threat to businesses is growing