How to set up a home network for speed and security 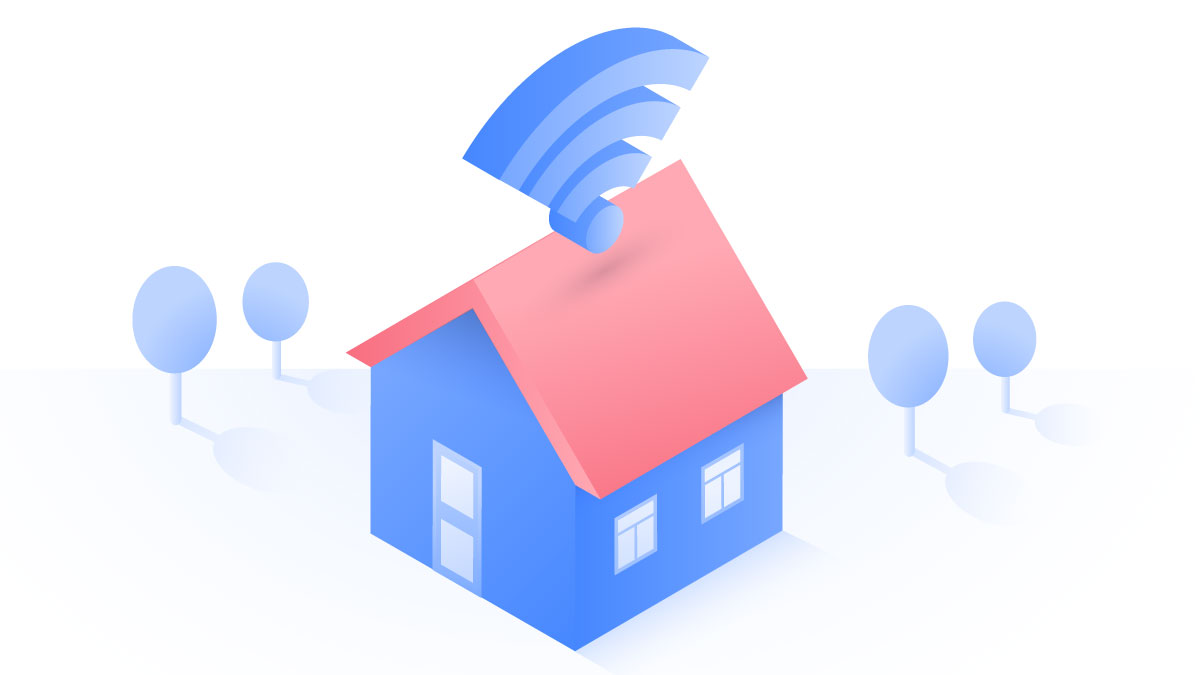 A home network is a group of devices that connect to each other and the internet, allowing you to:

A home network setup: What you will need

Whether you're designing a wired or wireless home network, most networks will typically include the following elements:

The hub that connects your devices in a single home network.

A sub-device that adds another connection point in the house for wireless devices.

Used to connect Ethernet-enabled devices to the router.

Used to wire in devices to the router.

Filters out DSL signals from your telephone line so your phone can work at the same time as your broadband.

How to set up a home network

You will first need to decide whether you want your home network to be wired or wireless.

Here are the pros and cons of each:

A wired network is a lot faster. Its hardwired connection means there is less interference. Wired networks connect from the router to your device with an Ethernet over UTP cable. The popular Cat5e cables can support speeds of 1000 Mbps to 1 Gbps (mega/gigabits per second), at 100 meters, and the Cat6e cables can do even better. (Most wireless connections struggle to reach a few hundred Mbps per second.)

For a wireless network you will need wireless devices to connect to the wireless router. Although in most cases wireless networks can be slower than wired networks, you can connect as many devices as you want.

You can always combine the two: hardline the devices that need more secure or higher-speed connections and use a wireless connection for the rest. Let's say you work from home and want a super-fast wired connection in the living room, but you'd like Wi-Fi in the garden. You can connect your home devices to your router and then run a Wi-Fi Access Point to a location where it can project a Wi-Fi signal into your yard.

The wireless network diagram shows wireless devices, like laptops and mobile phones connecting with a wireless router via Wi-Fi. Since some wireless routers also contain ethernet ports, you can also connect a PC, for instance, with an ethernet cable. The devices connected via cable normally receive a stronger connection – depending on cable quality/length, location and other household factors.

In a wired setup, devices are hardwired into the router to receive an internet connection, which should significantly increase speeds. Your devices must have ethernet ports to connect them to the router with ethernet cables, which immediately singles out tablets, phones and newer laptops. However you can always plug in a wireless access point or switch to your router to connect any wireless devices to the network.

Install your wireless router in a central location in your house. Generally, the closer your device is to the router the stronger your Wi-Fi signal.

For wired networks, plug a switch or Ethernet hub into an electrical socket with a high quality ethernet cable. Switches usually let you wire in up to eight devices using ethernet cables, assuming the devices have ethernet ports.

Log into the routers online setup page to configure essential security settings. (Instructions are found with or printed on your router).

Access points can be installed in other areas of your home to extend your Wi-Fi signal to other wireless devices. Most routers provide sufficient Wi-Fi range to cover most homes – larger buildings will require multiple access points and/or routers.

You’re now free to connect your wires and wireless devices as you wish, you can connect more devices by introducing more switches and wireless access points. Remember, too many connected devices may weaken the Wi-Fi signal of a wireless network.

You should start to think about securing your new home network; otherwise, your hard work and costly equipment may be lost to cyberattacks. It doesn't have to be daunting either; you can start with creating some Virtual Local Networks (VLAN's):

Creating VLANs break up your larger network into smaller independent segments to keep devices private and reduce congestion on the larger network. You can control the internet settings of each segment or VLAN to reduce congestion and improve speed, for some.You can assign several VLANs to one access point from a router that has a web-based interface.

They secure you by letting you:

A separate guest domain with a separate password also gives it a different SSID or network name. It keeps chosen devices locked out too, like devices containing sensitive files, network printers, and NAS drives. Information won't be available from the guest access point, which circumvents malicious attempts to steal your data.

Your kids might be gaming or constantly streaming movies, producing mega amounts of traffic, and consuming large amounts of data. If you're working from home, for example, and you don't want this kind of congestion clogging up your main network – creating a separate VLAN for them reduces the amount of traffic each network and device has to bear, giving you optimum speeds.

There are many different ways to secure your router. Running a VPN (virtual private network) on your router can be a powerful catch-all for encrypting all of the traffic from every single device that connects to your router, but this solution may not be for everyone. Find out how to set up a VPN on your router and see if it’s right for you.

Get the latest cybersecurity news and tips.

Next read Does a VPN protect you from hackers? Malcolm Higgins · Jan 21, 2022