Apple AirTag and unwanted tracking: how to stay safe

AirTag is a small tracking device Apple released in 2021. While it can be handy for quickly finding misplaced items, the AirTag has also been used to track people without their knowledge. Read on to find out more about how unwanted tracking with AirTag works and how to protect yourself.

What is an Apple AirTag?

AirTag is a tracking device developed by Apple in 2021 that works with your iPhone and other Apple devices.

It’s part of the Find My network accessory program, designed to allow third-party accessory makers to integrate Find My rights into their products. The Find My network consists of hundreds of millions of Apple devices. Using Bluetooth wireless technology, they can detect missing items and devices nearby.

AirTags can be attached to your wallet, key ring, purse, luggage, or backpack so you can track their location. Once you set it up on your Apple device (e.g., your iPhone, iPad, iPod touch, or Apple Watch) and attach the AirTag to the item, the tag will appear in the items tab on your Find My app.

Apple is known for minimalistic product design, and the AirTag is no different. It’s small and button-shaped with a glossy white and black front.

Several AirTag accessories are available for those looking to dress it up – from holders with straps to key rings. You can get them in various colors: Pink Citrus, Electric Orange, Baltic Blue, California Poppy, Forest Green, or Saddle Brown. Apple also offers free engraving.

AirTags are splash, water, and dust resistant – but this resistance may decrease with wear.

The idea behind the Apple AirTag is straightforward: you use it to track items on the Find My app. Here’s how it works:

While you might think that nobody cares what you do online, your online data is a high commodity.

Like other Apple products, you can put your AirTag in Lost Mode. Once a device detects it in the network, you automatically get a notification.

Apple AirTag owners can also find their nearby AirTags with Precision Finding. This feature lets your iPhone see the distance to your AirTag and the direction to go, thanks to Ultra Wideband technology. Precision Finding is available on iPhone 11 and up, including the Pro, Mini, and Max versions.

While Apple hasn’t specified the exact Bluetooth range of an AirTag, it’s believed that each AirTag could be trackable within 800 feet.

How-To A simple guide on how to block ISP tracking 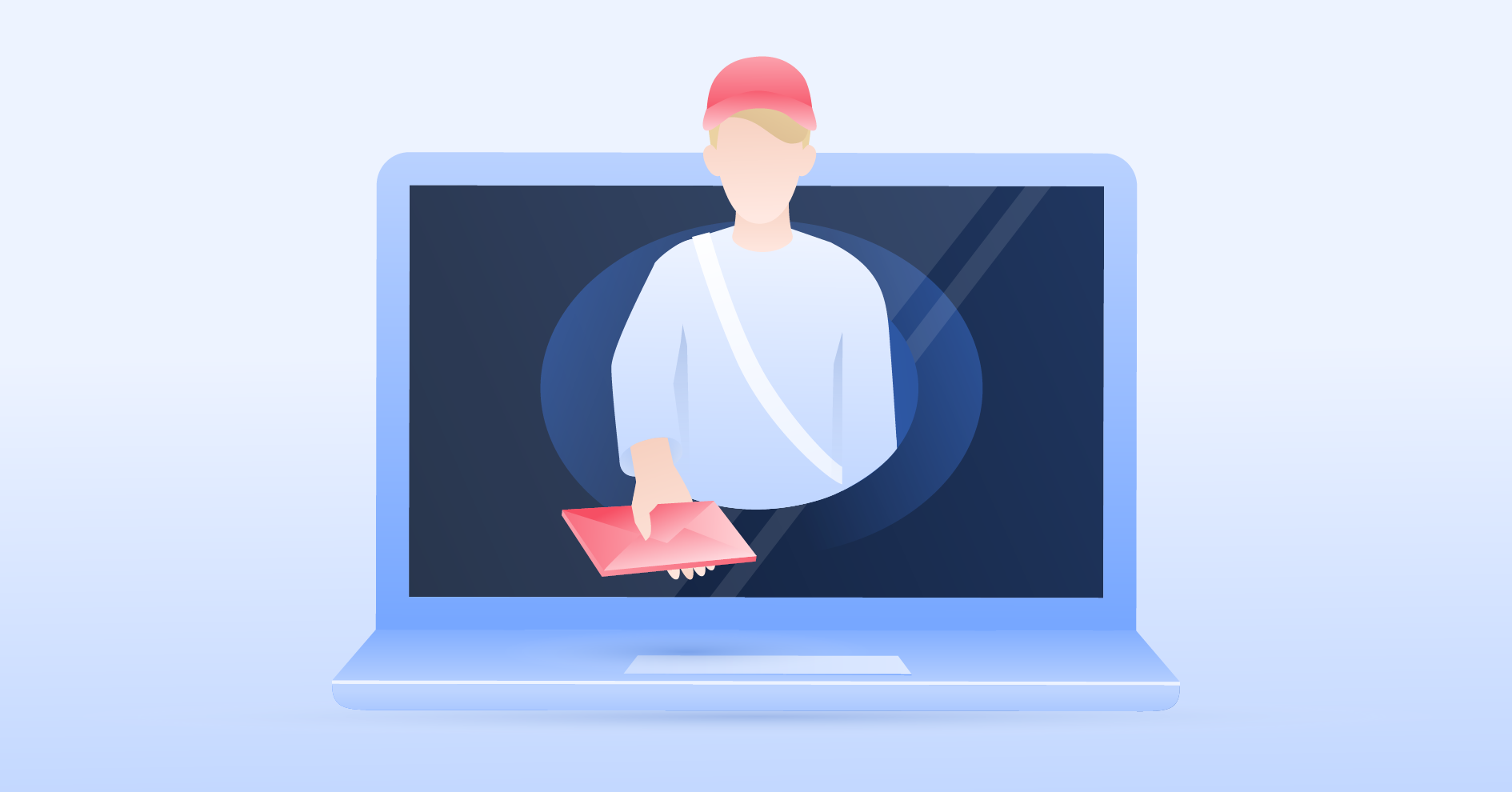 Online habits What is a tracking pixel and how does it work?

Apple claims to have created the AirTag with “privacy in mind.” The process of tracking items with AirTags is anonymous and end-to-end encrypted.

Each AirTag is linked to your Apple ID, with only you – the owner – being able to track it. The AirTag itself doesn’t store any location data or location history. Devices that relay the location of a lost AirTag will also stay anonymous, with the location data encrypted for privacy and security.

If you’ve lost your AirTag and someone else’s device picks up its location, you may see where it is, but you won’t know the identity of the person helping you find it. Thanks to end-to-end encryption, even Apple won’t see where your AirTag is.

AirTags use unique Bluetooth identifiers that frequently rotate to ensure you’re not tracked from place to place.

While the AirTag was designed and released as an affordable way to keep track of your items, several stories have surfaced about Apple’s AirTags being used to track people and cars without consent.

In December 2021, Canadian law investigated cases of AirTags found in luxury cars. Criminals stuck AirTags on vehicles in parking lots to find out where the owner lived. If the owner parked the car in a suburb away from potential witnesses, the criminals stole it at night.

Numerous testimonials on social media have also described women being stalked using Apple AirTags. In such cases, stalkers slipped AirTags into bags or stuck them on their vehicles, gaining access to the victim’s whereabouts.

In response to these incidents, Apple stated earlier this year that it was working with law enforcement and planning to introduce software updates to inform iPhone users about unknown AirTags that could be following them.

Since then, the company has tackled AirTag misuse in several ways. It released an updated Personal User Safety Guide on how to keep yourself and your data safe from tracking. Apple also introduced safety features that alert people of being tracked.

Each AirTag has a unique identifier that can help find the perpetrators. Apple has said it has provided this information to law enforcement upon request, allowing police to trace an AirTag back to the suspect, who was caught and charged.

How to know if an AirTag is following you

While Apple has greatly discouraged unwanted tracking with built-in protections, it’s still possible for someone to use an AirTag to track your location without your consent.

The idea of an unknown AirTag following you is unsettling. But the good news is that if an AirTag separated from its owner is moving with you over time, you can find out several ways.

If you have an iOS device, such as an iPhone, iPad, or iPod touch, the Find My app will notify your iOS device. This feature works on iOS and iPadOS 14.5 or later. Make sure you get these notifications by enabling location services and Bluetooth by following these steps:

Please note that you won't receive tracking notifications if your device is in airplane mode.

If you don’t have an iPhone, iPad, or iPod touch, the AirTag that has been separated from its owner for some time will play a sound when it’s moved. Apple has also released an app called Tracker Detect for Android devices that’s available on Google Play Store, allowing them to scan for Apple’s AirTags nearby.

Receiving an alert on your iPhone

If you see an unwanted tracking alert on your iPhone or another device, an item could be traveling with you, with the AirTag’s owner being able to see your location. If that is the case, you can take several steps to protect yourself straight away. Let’s get to it.

The display alert will say: AirTag Found Moving With You.

Once an alert has appeared, the Find My app will display a map with more information:

It’s worth noting that you could see a similar alert for AirPods, AirPods Pro, AirPods Max, or a Find My network accessory manufactured by someone other than Apple.

You could see this notification if you’re borrowing someone’s AirPods, for example – they’re also part of the Find My network. If you’re sharing Find My network accessories with your Family Sharing group, you might want to turn off alerts for that item.

Being tracked without consent poses serious cybersecurity risks, so it’s important to stay cautious and know your rights.

Since these cases of criminals using AirTags to stalk people have come to light, Apple has released a Personal Safety User Guide. The guide is a resource for those experiencing stalking, harassment, or other technology-enabled abuse.

If you’ve been alerted of being tracked on your iPhone or another device, you can protect yourself in several ways.

If you’ve received an alert that an AirTag, AirPods, or another Find My network accessory is traveling with you, the first thing to do is check on the Find My app if you’re able to play a sound on the accessory. Here’s how:

If you can’t get it to play a sound, then the item might not be with you anymore – or its identifier may have changed. It’s worth noting that if the item is within range of its owner, you won’t be able to play a sound.

If playing a sound isn’t available, or you can’t hear it but believe the AirTag is still with you, look through your belongings: it could be in your jacket pocket, a bag compartment, or a vehicle.

If you can’t find the AirTag and feel your safety is at risk, go to the nearest safe public location and contact law enforcement.

When you find the unknown AirTag

While you might immediately think that someone is tracking you without consent, it could be that the AirTag is simply lost.

When you’ve found the AirTag, use an NFC-capable device (such as an iPhone or Android phone) to find out more. Hold the top of your phone near the white side of the AirTag until you see a notification. Tapping the message will pull up a URL with the AirTag’s serial number and the contact phone number if the owner has marked the AirTag as lost.

In the case of involuntary tracking, you will need this serial number if you contact local law enforcement.

How to disable the unknown AirTag

After you’ve determined more information about the AirTag, you can decide what to do next. If you feel that the AirTag is tracking you or someone else without their consent, you can disable it to stop sharing its location:

Once you’ve done that, location sharing will be disabled – and you can inform law enforcement about the unknown AirTag.

Ema Globytė
Ema is a seasoned writer who believes everyone has the right to digital privacy and security. She strives to educate, inform, and inspire others to continue learning about the ever-changing cybersecurity landscape.
Secure your digital life with NordVPN
Get NordVPN

NordVPN research: Which countries’ websites have the most trackers?

Can you be tracked with a VPN?