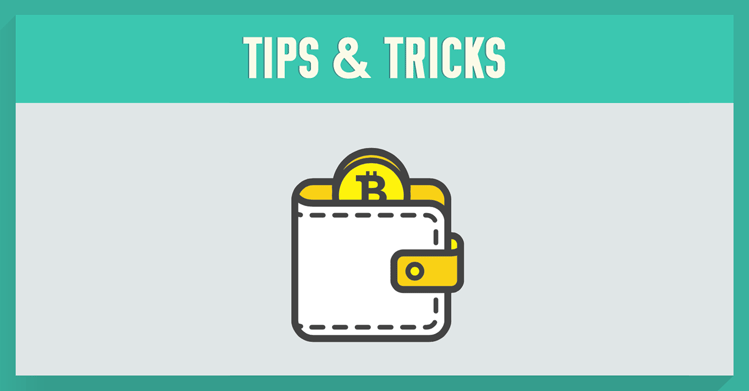 Bitcoins have taken over the cryptocurrency world—and if you’re a member of the Bitcoin community and have Android, you probably want to know what the best Bitcoin wallet apps are.

If you’re new to the Bitcoin world, though, you may be wondering exactly what Bitcoin wallets are in general.  A ‘wallet’ in cryptocurrency language, is like a bank account. It allows you to store your Bitcoins, receive them from others, and also send them to others.

And because Bitcoins are a digital currency, decentralized, you’ll need some very good wallets for your Android phone.  Bitcoin wallets are based on two secure keys—one public key that you show to others in order to get paid, and one private that you should never reveal to anyone. Anyone with your private key can steal your Bitcoins. Today we’ll review three of the best Bitcoin wallets for Android based on security and ease-of-use.

Mycelium is one of the easiest Bitcoin wallets to use for Android users. The wallet was launched in 2014 and has been trusted by hundreds of thousands of Bitcoin users since then.

Mycelium Bitcoin wallet uses what’s known as HD (Hierarchical Deterministic) seeds, which means that you just have to remember 12 English words in order to back up your Bitcoin. This makes it easy for you to remember your keys, but it also means that anyone with these 12 words can access your Bitcoins.

Mycelium allows you to have separate accounts in your Bitcoin wallet. For example, you can have one account for savings and one for checking.

Mycelium is quite secure. It allows your data to be routed through the Tor Network. It is also compatible with physical wallets like Ledger or Trezor. These hardware wallets look like USB sticks with a small display that you use to verify your transactions.

There are many more features, trusted by many, so it’s a good choice on Android for Bitcoin wallets.

Electrum is a relatively less-popular software wallet that lets you easily set up a great level of security. It is a lightweight Android app that allows you, similar to Mycelium, to generate multiple wallets from one seed.

Electrum uses a variety of servers to let you have easy, safe transactions. Its simple installation process gives you a 12-word phrase as well in order to recover your Bitcoins. This you can also use in case your computer fails or some other problem arises.

By default, your Android Bitcoin wallet is encrypted to help protect you against hackers and other opportunistic bodies. Although relatively new for Android users, it is gaining ground fast in the Bitcoin community. 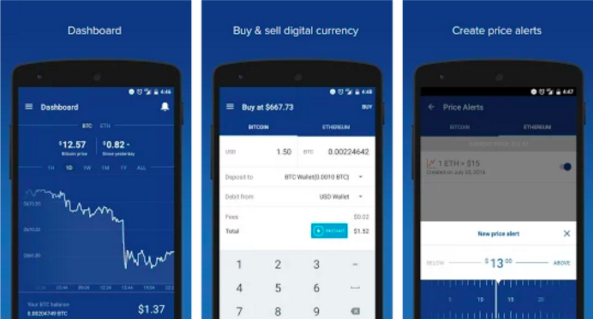 The founders of Coinbase have a strong startup history and have raised lots of funding from quite important venture capitalists. This means that there’s quite a good level of security and legitimacy with its operations. They are also known to not have suffered any major hacks to their systems.

These are just three of the Android Bitcoin wallet apps available out there, and there are more with increasing complexity. However, if you’re a beginner it’s a good place to start.

That said, regardless of the bitcoin wallet you choose to use – you should follow additional precautions to guard your bitcoins against possible hacks.

Using Two-factor authentication can add much-needed security when accessing your bitcoin wallet. You would receive a One Time Password (OTP) on a second registered device, preventing all unauthorized actions on your wallet, unless you entered a password matching the OTP.

Don’t allow the browser to remember your login info

Be vigilant. Allowing your browser to autosave your credentials is never a good idea, despite the convenience offered. If your device is stolen or intercepted – autosaved passwords would make hacking into your bitcoin wallet very easy.

If  possible, use multi-sig feature

Many bitcoin wallets offer the multi-sig feature. This feature would require multiple signatures from authorized devices/ parties to complete the public key needed to conduct any bitcoin transactions.

You could keep your Bitcoins in Cold Storage

For additional security consider taking your bitcoins offline. If you have a lot of bitcoins, you could consider keeping a small portion of them accessible in an online bitcoin wallet, considering to store the rest in offline/hardware bitcoin wallet or external storage device.

Do you use any bitcoin wallets you can recommend? Perhaps you have valuable tips other members of privacy community here at NordVPN might find helpful? Please share in the comments below.