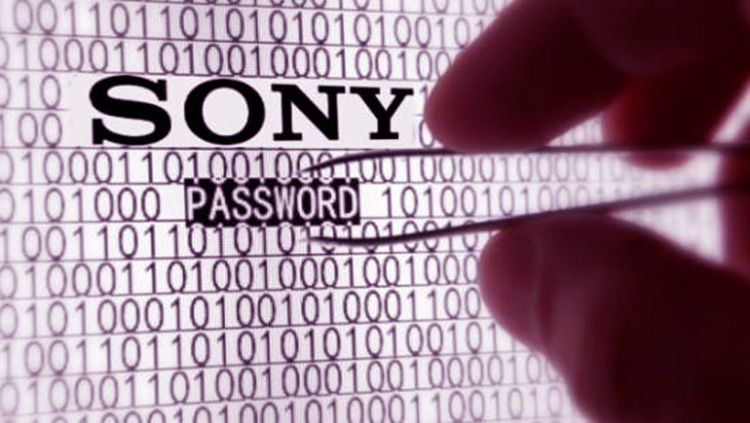 TV and film US based company Sony Pictures Entertainment got under the radar of blackmailing hackers that performed an attack on it which caused its IT systems to shut down as well as Twitter accounts were hijacked and possibly confidential documents and passwords were stolen.

A Group calling themselves ‘Guardians of Peace” has launched the attack on Sony. This same group, according to what some say, posted a skeleton’s picture on every Sony Picture employee’s screen worldwide, threatening to expose all of the most secret data of this company if their demands would not be followed.

It is not known yet how big the breach was. Sony Pictures’ ex-employee, at least it’s believed he is since he was the one to break the story first in a post on Reddit in which he tells that this breach could involve leaks of Excel and Word-based internal financial reports, PDFs, emails, passwords and private keys, and even a document explaining what to do in security breach event which is quite ironic in itself.

Hackers also left Sony Pictures a message in which they warned the company that they have obtained counts of its’ Internal data and if the company won’t obey the GOP group demands all of that data would be released to the public. Sony had to determine what it would do till the 24th of November. This same message contained a bunch of zip files representing the data which has been obtained by the hackers.

Sony Pictures did not confirm data breach right away and stated that they are “investigating an IT matter” however there has been reports about it having its IT systems shut down in order to investigate the incident and later on recovered control of a couple Twitter accounts.

This well known company has had several breaches and hacks targeted at them in the past including the well-known Sony PlayStation Network breach in 2011 during which over 77 million of users got their credentials leaked as well as previous hacking incident of Sony Pictures itself, also happened in 2011, during which 1 million of emails, passwords and other data were stolen.

Right after these events Sony has received a lot of criticism not only by industry insiders for not doing enough to prevent such attacks from happening ever again but also its users.

Lancope’s CTO, TK Keanini, have said that not just Sony Pictures but also every other company in the entertainment field should accept the fact that they are also software companies that have to implement strong security measures of any other company specializing in software field.

Looking at the allegedly taken data which ranges from entertainment product production files, employees, financials, etc., it could mean either of the two: a couple compromised people had way too many access rights to the data or that not just single but multiple systems were compromised by the hackers.

EncSec’s security director Graeme Batsman noted Sony’s hacking incidents that happened three years back and said that this, for the company, is not great news at all. He also said that newest attack against Sony potentially is not that bad or as bad as the attacks in the past and should not harm the company that much.

After analyzing compromised data he mentioned Target breach and how end-users and maybe even suppliers were phished just a few days later. Neither keys nor passwords is the new ‘gold’ – data is, and that is the problem.

Noting similar problems, Keanini said that recent attack on Sony should be taken as a wake-up call to any other company just because in the information age these events are not going anywhere and are here to stay. He also advised to review what kinds of measures are taken so that such events don’t happen to you. Passwords are efficient only when they work – at least change the password or even utilize a two-factor authentication and hackers can no longer take the advantage of this information.

We are offering top notch security and additional features that will help protect your data by encrypting it so no one ever can have a tiny chance at getting their hands on it. Please take a look at our features here that makes us one of the most secure and satisfactory VPN service ever. We are also offering giant discounts on our service right now!

Creepy websites that know everything about you

Cyber attacks surge as the COVID-19 vaccine rolls out