The Federal Service for Supervision in the Sphere of Telecom, Information Technologies and Mass Communications better known as Russia’s federal agency Roskomnadzor is continuing the execution of ‘Blacklisted 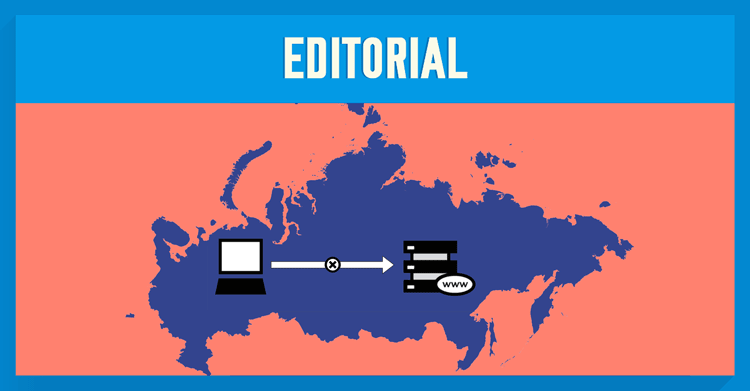 Not to worry – there is a solution to circumvent this ban and we’ll go into detail about a number of workarounds below.

The ‘Blacklist’ is administered by Roskomnadzor and Federal Drug Control Service of Russia. The primary purpose for the law is protecting Russian children from harmful content; particularly that which glorifies drug usage, advocates suicide or describes suicide methods, or contain child pornography.

What can you about the bans if you are in Russia?

Roskomnadzor are confident the geo-restriction initiatives will be carried out successfully, saying “according to statistics 95% of people do not use tools to bypass locks”.

Be in the know – learn the tools to unblock the sites.

VPNs help you combat online censorship. If you're in a country where the government limits internet freedoms, a VPN can give you access to unrestricted news media and communication services. It does this by encrypting your data and routing it through a server in another country. This prevents ISPs, which in some countries are under the thumb of authoritarian regimes, from viewing your online activity. They will know that you're using a VPN, but they won't know what sites and services you're using.

Proxy servers allow you to access a particular website through their remote server. They basically act as mediators, connecting you to the website through one of their servers. Proxy servers are usually free, but the free ones are full of ads and speeds are really low due to high traffic. Many a times proxy servers cannot work for a specific website, so if you want to use a proxy server, you can only wish that there is an unblocked proxy server for your desired website. Also, your proxy does not encrypt your online data, unlike a VPN.

SmartDNS works in a similar way to VPN in that they also mask your true IP address from onlookers to make it appear like you are using the service from somewhere else. However, there are two noteworthy distinctions between the two: