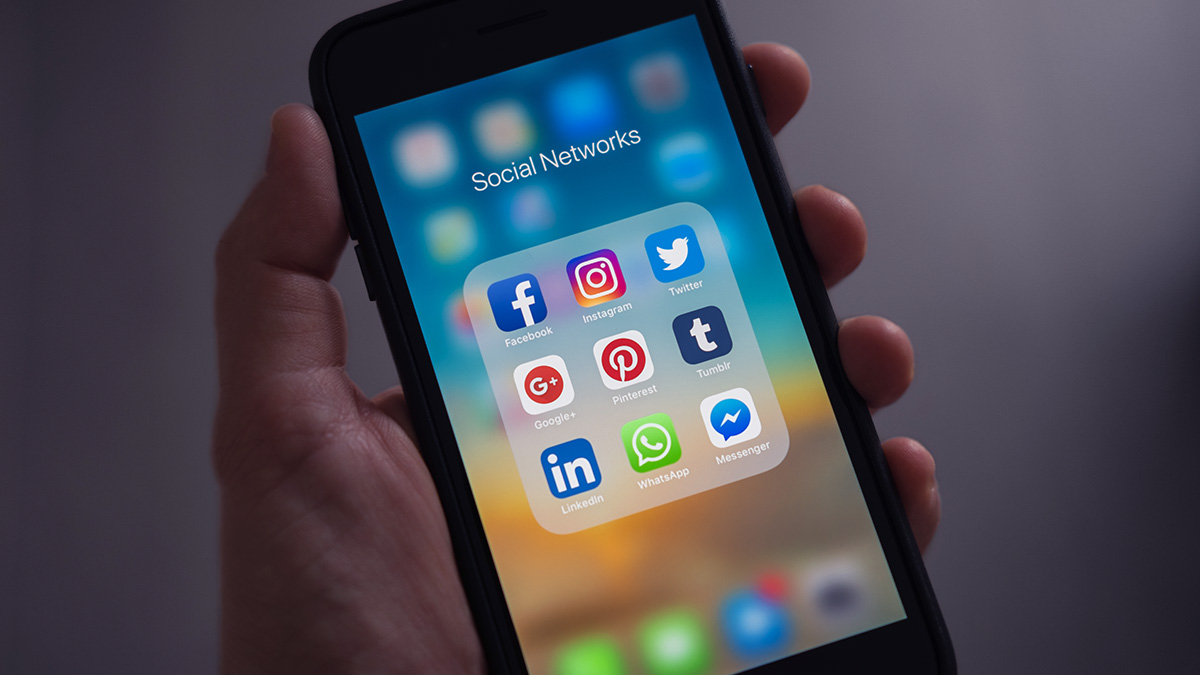 Protesters have been camped out on a major road leading into Islamabad since November 8, 2017, demanding a resignation of a law minister accused of blasphemy. According to the Associated Press, the situation stayed like that until Saturday, November 25, when the government called in the troops to restore the order. There were nearly 200 people injured – both civilians and officers – in a brutal confrontation between the protesting group and the police.

News about the police intervention into the unrest in Islamabad spread quickly and has triggered similar demonstrations across the country.

According to The New York Times, on Monday “the government said the law minister would step down in return for an end to the protests.”

Authorities reacted to the spreading protests by ordering to cut off the access to key social media sites, including Twitter, Facebook, Instagram and Youtube. Together with the social media restrictions, the Pakistani regulatory body has also ordered to prohibit live coverage of the violent clashes on satellite TV. Many major TV channels were taken off air in Islamabad and other parts of the country.

Twitter representatives have publicly confirmed being aware of their service blockage. In a tweet, they said they were “monitoring the situation”. 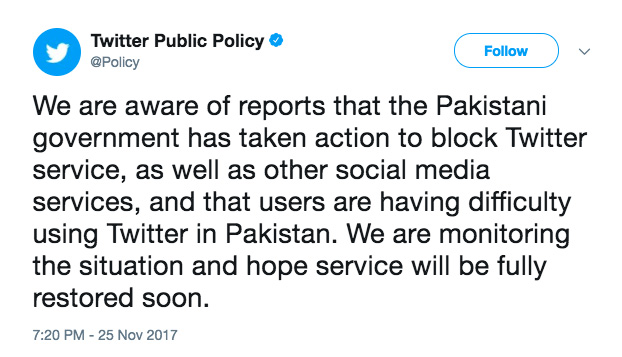 The media blockage has drawn the attention of journalists to the complicated situation in Pakistan. People currently residing in Pakistan were mentioning using VPN (virtual private network) in their tweets to access social media.

With the media blocks deployed, the country stays isolated from the rest of the world, and any news are detained from spreading.

NordVPN wants to help people in Pakistan to get their voices back by offering a free VPN service through its Emergency VPN assistance program.

This program serves as a temporary and immediate solution for netizens who face sudden Internet censorship, limitations in freedom of speech, and website blocking. It gives Pakistani users the opportunity to use the NordVPN premium service for 5 days for free.

NordVPN provides private and secure access to the Internet. It routes online traffic through a remote VPN server and encrypts data all the way with military-grade encryption. This way, users undergoing temporary web content blocks, such as restricted access to information or online communication, can establish a secure connection to the Internet.

We will continue to monitor the situation, so check back regularly for important updates. If you have information regarding the status of additional social media blocks, please share in the comments below.

Argentina blocking Uber and other websites

An Overview: Surveillance Practices in Thailand

Whoops! This Site Can’t Be Reached: Blocked Sites in China